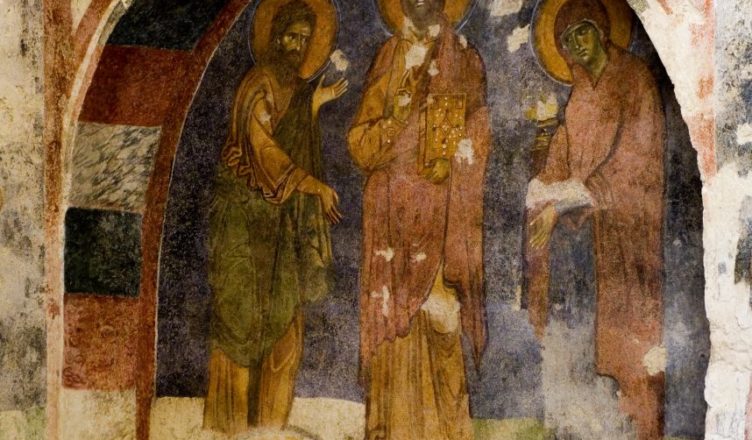 Archaeologists excavating the Church of St. Nicholas in Demre, Turkey, have unearthed the original stone mosaic floors where the saint, thought to be the inspiration for Santa Claus, would have stood during mass and where his tomb was first located within the church.. 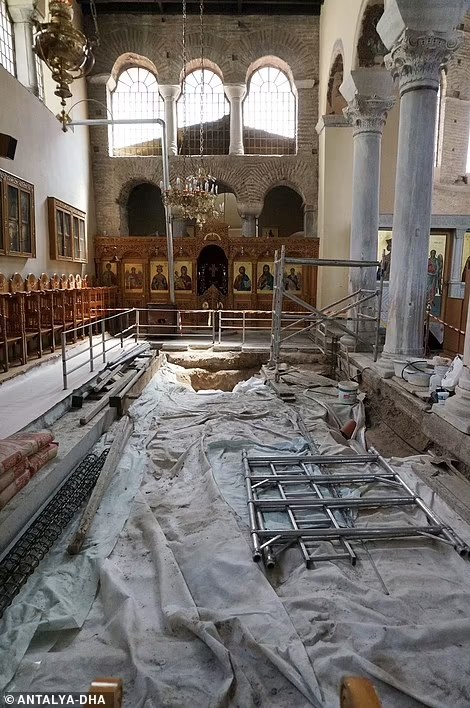 “We are discussing the floor on which Saint Nicholas walked. The head of the provincial cultural heritage preservation board in Antalya, Osman Eravşar, told Demiroren News Agency that this is an exceptionally remarkable discovery, the first artifact from that time period.

Experts recognized the seventh- or eighth-century church as the final resting site of St. Nicholas in 2017, when technological inspections revealed voids between the floor and the foundations. Since then, excavations have been underway.

According to the Daily Mail, the excavation necessitated the removal of an upper layer of mosaic tiles from the Byzantine era to reveal the old basilica from the third century.

During the Middle Ages, the current edifice was built on top of the ruins of the former church, which was submerged by rising sea levels.

In 1087, Crusaders removed St. Nicholas’s bones and carried them to Bari, Italy, disguising the original location of the cemetery by relocating the empty burial chamber to a niche on the side of the chapel.

Now, researchers researching the site believe they have determined its original location.

“His sarcophagus must have been put in a unique location, which is the section with three apses and a dome. There, we uncovered a fresco representing Jesus holding the Bible in his left hand while making the sign of the cross with his right,” Eravşar continued.

It is also possible that the Crusaders left some items behind or took the wrong remnants.

“There are definitely more bones attributed to him, or at least more iconographic fragments,” Eraysar added, cautioning that the burial location is now below sea level and that any remains still in situ may have been damaged by water and humidity. 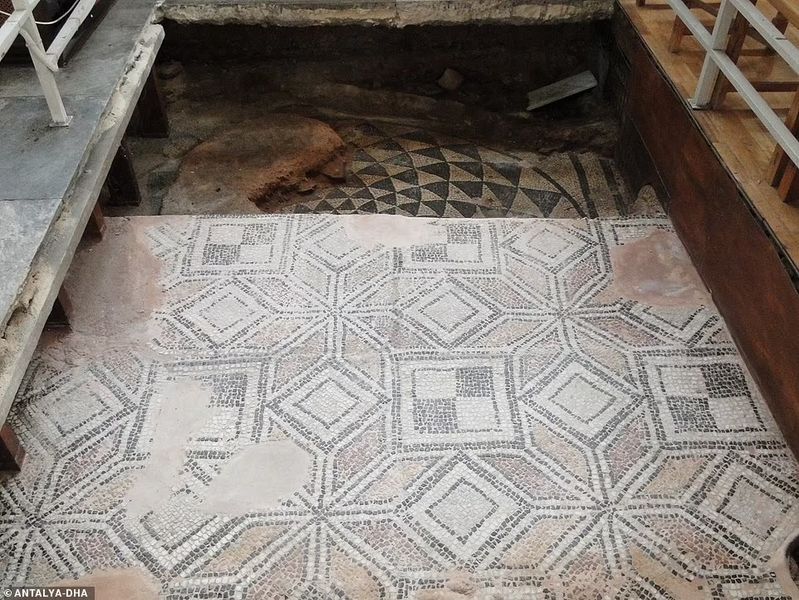 Bishop of the early Christian church, the historical Saint Nicholas lived from 270 to 343 A.D.

The tale of Santa Claus, whose name is derived from the Dutch name of the saint Sinterklaas, memorializes his practice of surreptitiously distributing gifts to children, especially by tossing gold dollars down the chimney of a poor family contemplating selling their daughters into prostitution.

Since 1982, the Church of Saint Nicholas, which features frescoes of the saint, has been a UNESCO World Heritage site.