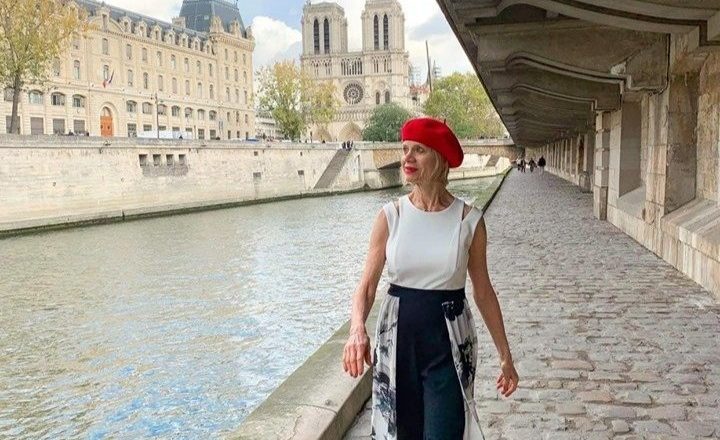 A woman stands before the steps of a grand edifice adorned with gold and blue decorations that shimmer. Elegantly attired in a floral dress, she grips her bicycle while gazing into the distant.

The structure behind her is the St. Regis Washington, D.C., which is located in downtown D.C., close to historical landmarks and museums, some of which she will soon visit.

Meet Linda Malys Yore, a 69-year-old travel blogger who has traveled around the United States and the world and has no plans to stop anytime soon. 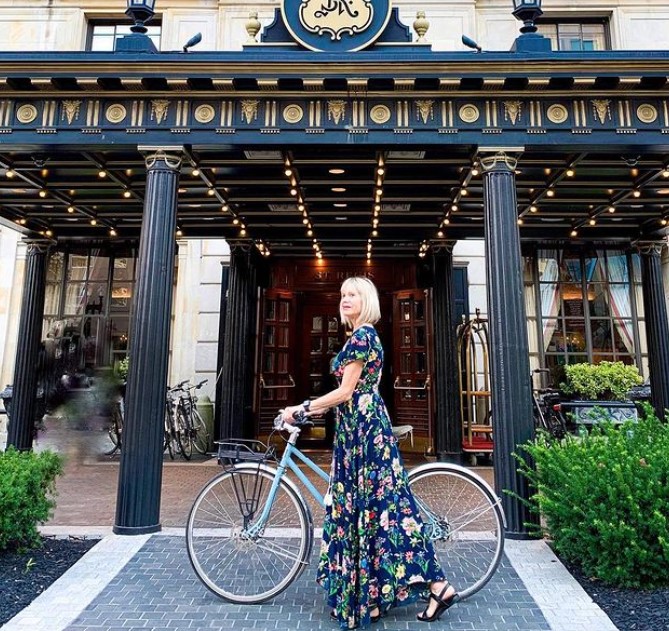 Yore’s parents instilled in her at a young age a passion for travel, which she eventually passed on to her two kids. When Yore’s girls were in elementary school, she and her then-husband would take RV travels across the United States and parts of Canada.

According to Yore’s website, she refers to herself as the “original blogger” since, when on RV travels with her family, she would send extensive email updates about her travel adventures to her list of subscribers.

Victoria, her eldest daughter and mentor, did not give Yore her blog, Lindaontherun.com, until the start of 2017.

Initially, Yore cried. Victoria, who worked in social media and was also a travel writer, had often suggested to Yore that she publish her journeys online, but Yore was uninterested.

When Yore discovered her blog and the associated social media accounts, she refused to participate. Two years later, though, with hard effort and determination, Yore quickly warmed up to the concept.

Yore stated, “It is a lot of hard work, but I enjoy every second of it, and it was one of the greatest gifts I’ve ever received.” 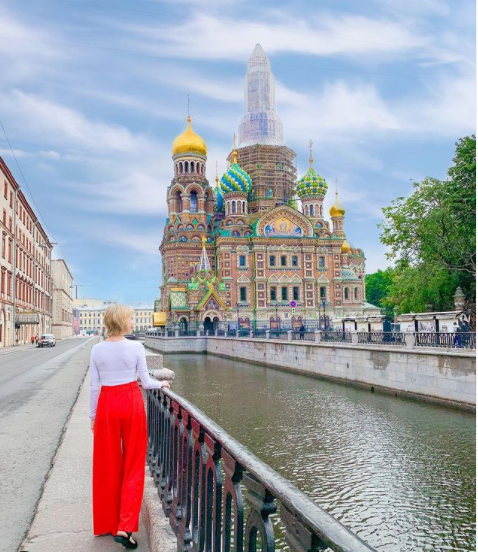 Yore was first unaware of the effort required to write blog posts and take photos for Instagram.

Baby Boomers have begun to boost their use of social media, according to a 2019 Pew Research survey, despite experiencing difficulties adapting to technology due to a lack of self-confidence and accessibility challenges.

Yore stated, “It was a high learning curve.” “I did not know how to create a pin on Pinterest or an Instagram photo. Facebook was the social media platform of my generation.

While the internet was in its infancy during her generation, Yore was mostly familiar with email and, later, Facebook. Yore was up to the challenge despite the difficulty, and her efforts paid off as she gained over 73.5K followers on Instagram alone.

Yore displays every colorful moment from her trips on her Instagram, including sitting before the dazzling Eiffel Tower in Paris, gazing out at the stately, neoclassical Hungarian Parliament Building, and even visiting the United States Capital in Washington, D.C.

Yore has traveled to 49 U.S. states, seven Canadian provinces, and more than 30 countries to date.

Yore frequently travels with her two daughters and friends, and her favorite destinations include Machu Picchu in the Andes, Alaska, and Russia.

Yore believes that travel alters people’s preexisting perceptions of one another, giving Russia as an example. 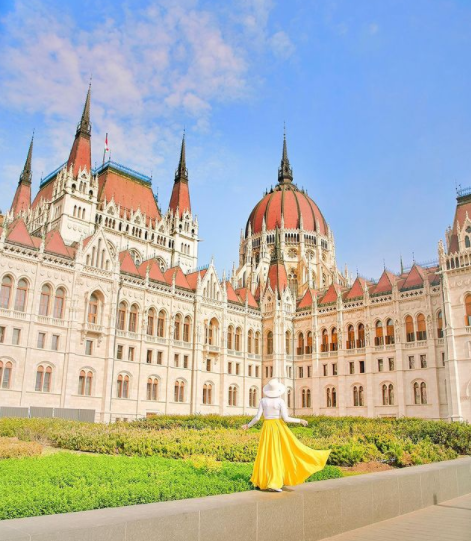 As a child, Yore’s knowledge of Russia and its people was limited to what she saw on television: a cold, distant land with unpleasant people.

Consequently, when she arrived to the nation, she was astonished by how joyful and welcoming everyone was.

Yore believes it is necessary to acknowledge that every location has its own culture and traditions, distinct from those portrayed in the media.

“Every place has its own history and culture, its own food, and its own language, and just as I was self-limiting when my daughter suggested I embark on this adventure, travel broadens our horizons and teaches us to respect others,” Yore added.

Morning Consult reported in May 2021 that 38% of Americans who planned to travel during the summer utilized social media to plan their travels, with 84% of those who follow travel influencers looking to them for advice. 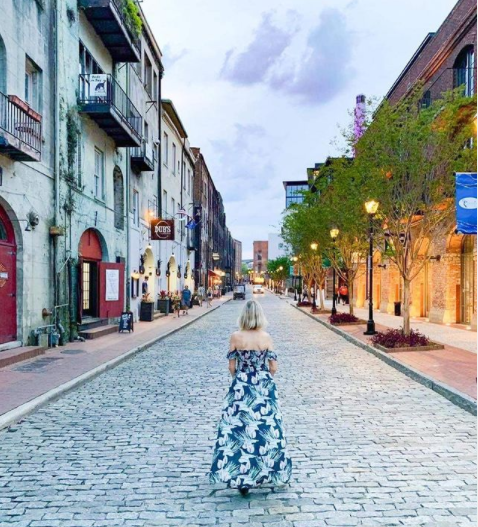 Moreover, according to thewanderingrv.com’s March 2021 travel data, one in ten Baby Boomers rely on social media when making travel-related decisions; nonetheless, they are the second group, after Millennials, to be influenced by travel advertisements.

Yore takes her role as a travel influencer extremely seriously, as she is aware that people seek her advice and have high expectations of her.

For her, it is essential to be honest about her experiences, both positive and negative, especially on social media, where it can be difficult for viewers to distinguish between fact and fiction.

“I don’t want someone to go on an experience, a vacation, or a tour that I had a negative experience with and that I know could be a recurring issue with a certain event or experience,” Yore added. “I always look for the bright side, but if something unpleasant is occurring, I make sure my readers are aware of it.”

As a result of the ongoing COVID-19 outbreak, Yore has limited and altered some of her trip plans, opting to visit more domestic U.S. locations.

Yore recommends the following to travelers: establish a travel budget, conduct destination research, and be mindful of health regulations. But when it comes to chasing one’s aspirations, Yore tells others the same thing she told her girls when they were little.

“There is no second chance. Life is brief and it is valuable. If travel is something you enjoy, remember that life is not a dress rehearsal and there are no second chances,” Yore advised.