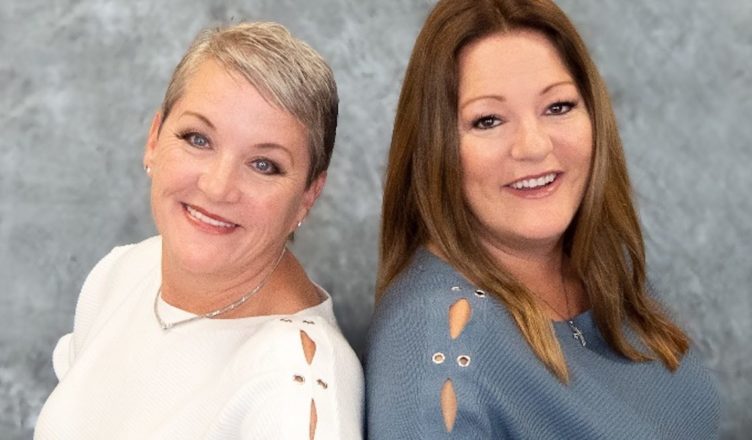 They are the same age, have the same parent, and have lived in the same city for more than three decades.

Yet, neither sister was aware of the other’s existence, as they were born to different mothers and separated 51 years ago by sad circumstances.

However, they were recently reunited after a DNA test, and it is extremely eerie how many similarities they share.

Their children graduated from the same Las Vegas high school on the same day, with each sister attending and filming the ceremony from a separate vantage point.

Michele Dugan entered foster care and was subsequently adopted, but Trish Morgan remained with their father and Trish’s birth mother.

Michele decided three years ago that it was time to investigate her ancestry and joined up for Ancestry.com. She was surprised to receive a message from Trish requesting to meet for coffee.

The two quickly realized their connection.

“It was like looking at a ghost,” claimed Morgan. “The blue eyes, hair, and everything else. So I could not help but stare at her. Basically, you are my sister one thousand percent.”

They sipped drinks and discussed their lives for hours, attempting to make up for lost decades.

Not only were they shocked that their boys were the same age and attending the same school, but that they both had a history in real estate as well..,

Trish had enrolled in real estate school, but she had not yet obtained her license. Michelle was something of a Las Vegas real estate icon, having spent over 25 years in the sector.

This shared professional interest made collaboration a natural next step.

Michele pushed Trish to obtain her certification, and together they founded Sisters Selling Vegas for the Realty ONE Group shortly thereafter.

Michele, who was at a somewhat low period in her life, stated, “The cosmos was speaking.”

“I was very hectic. I recall telling someone, “I need another me.” I need someone who genuinely enjoys working and serving clients, and who is not only in it for the money, but for the right reasons.

Then there she was! We simply entered each other’s lives at the ideal moment.”

Their new bond is all the more special because both ladies grew up with just brothers.