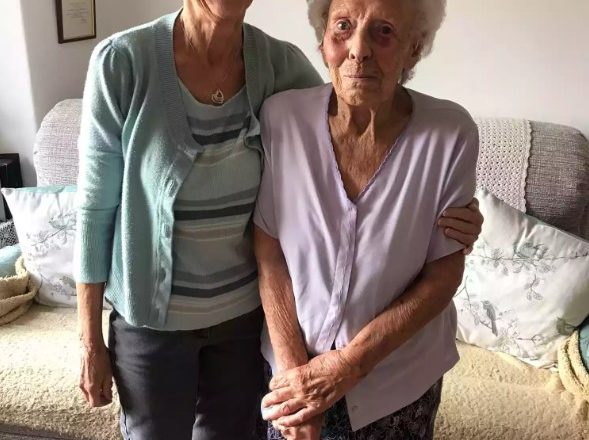 “I’m relieved that everything has been resolved and that I now know where she is,” Marjorie Rigby said.

102-year-old Marjorie Rigby has finally found the unmarked burial of her stillborn daughter Laura, who passed away 76 years ago…

Rigby, from Manchester, England, told SWNS that it was a relief to learn that she had a cemetery and that a baby casket had been placed in a decent burial ground.

The great-grandmother, a retired secretary, discovered she was pregnant three days after V-E Day, after marrying her World War II veteran husband Charlie.

In September 1946, Rigby, a former member of the Women’s Auxiliary Air Force, went to a private facility to give birth. 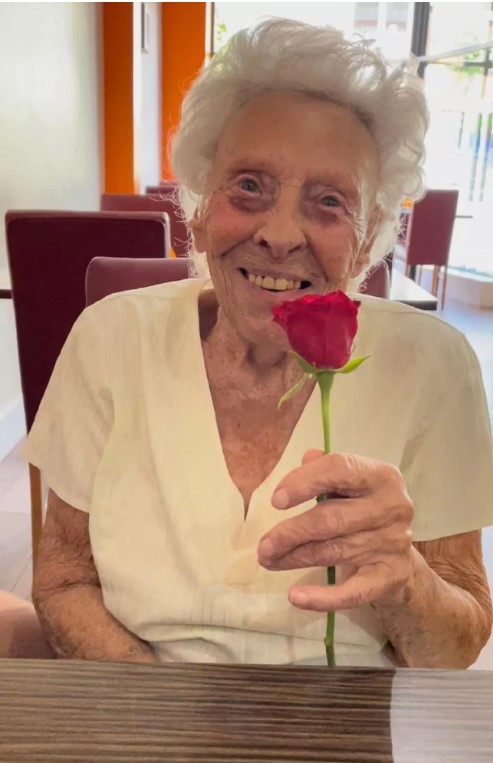 She stated, “When the time came for labor, I just got on with it.” Three days later, she reported learning that her infant had died during labor and would be cremated. “And that’s it,” she concluded. Then, I was offered a cup of tea.

Rigby, who went on to have two more children, stated that she never knew what happened to her daughter’s remains for years. Decades later, the family learned of a television program that “discovered the graves of stillborn babies.”

Angela, her 70-year-old daughter, said, “My sister, who was seated next to me at the moment, glanced at me, and we thought, ‘Perhaps we could locate where our older sister was buried.'” 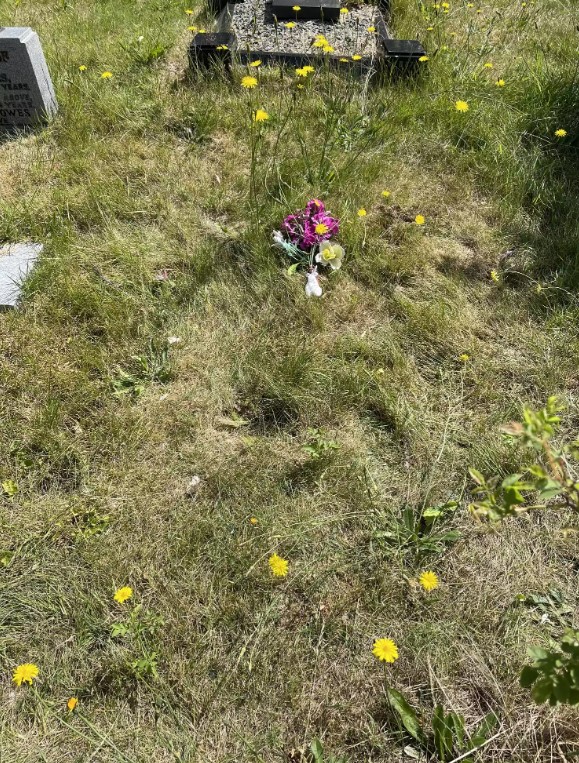 With Angela’s assistance, Rigby wrote to a charity named Brief Lives Remembered, which determined that Laura’s remains were interred at a cemetery in Stockport, outside of Manchester.

“No one to my knowledge had confirmed that – that my kid had been buried,” she said, adding that she was unable to leave a plaque since other stillborn infants had been buried in the same location..,

Rigby’s daughter, who witnessed the cemetery visit in July, remarked, “Seeing her face, it appeared like she was finally at rest.”

Rigby stated, “I’m relieved that the situation has been resolved and that I now know where she is.”