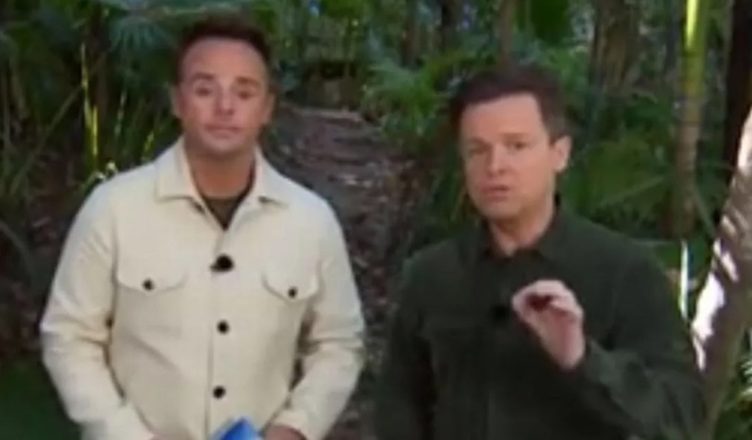 Thursday night, Ant and Dec revealed some huge news to I’m A Celebrity fans, although the campmates remained absolutely unaware.

While it seems like only yesterday that the new season of the long-running show returned to television, the final episode of I’m A Celebrity will air in less than a week.

This means that it will soon be time for fans at home to name their new King or Queen of the Jungle, but before that, the remainder of this season’s cast must be voted off….,

While various relatives, including Matt Hancock’s girlfriend Gina Coladangelo, were spotted arriving in Australia over the past week, fans had a feeling that the vote-offs wouldn’t be long in coming.

Ant and Dec confirmed on Thursday’s episode of I’m A Celebrity that the first celebrity will be eliminated on Friday.

Before the credits rolled and with the stars out of earshot, Dec announced: “The big news is that one of them will be returning home tomorrow evening. So, for the first time in the series, you vote to retain your favorite contestants in the camp.”

He added, “Tomorrow, the individual with the fewest votes will depart, and the vote is now open!”

In the hours leading up to Thursday’s program, Jill Scott was widely regarded as the odds-on favorite to win this year’s title, with Owen Warner and Mike Tindall trailing well behind.

Matt Hancock is no longer the odds-on favorite to be fired first, according to William Hill;.

He currently has odds of 4-1 to be the first eliminated, trailing Loose Women anchor Charlene White, whose chances of survival may be improved by the fact that she is participating in Friday’s trial and will therefore receive more airtime while the vote is still open.