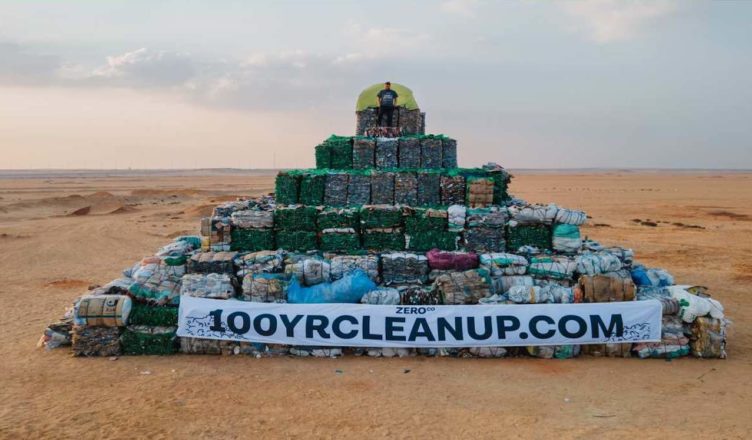 Instead of enshrining a pharaoh’s grandeur, a different type of enormous pyramid has recently been constructed in Egypt’s Western Desert to raise attention to the issue of plastic waste.

It was constructed at the beginning of what its creators believe will be a century of plastic cleaning and serves as a dramatic visual before the annual gathering of the signatories of the Paris Climate Accord (COP27) in Egypt.

The enormous tower, located just outside Cairo, took five days to construct, weighs a staggering 20 tons, is taller than a three-story house, and is made from the equivalent of one million plastic water bottles collected from the Nile River.

The 100YR CLEANUP campaign, led by zero-waste business Zero Co and wine merchants The Hidden Sea, aims to support large-scale clean ups for the next 100 years and promote accountability for the single-use plastic problem. 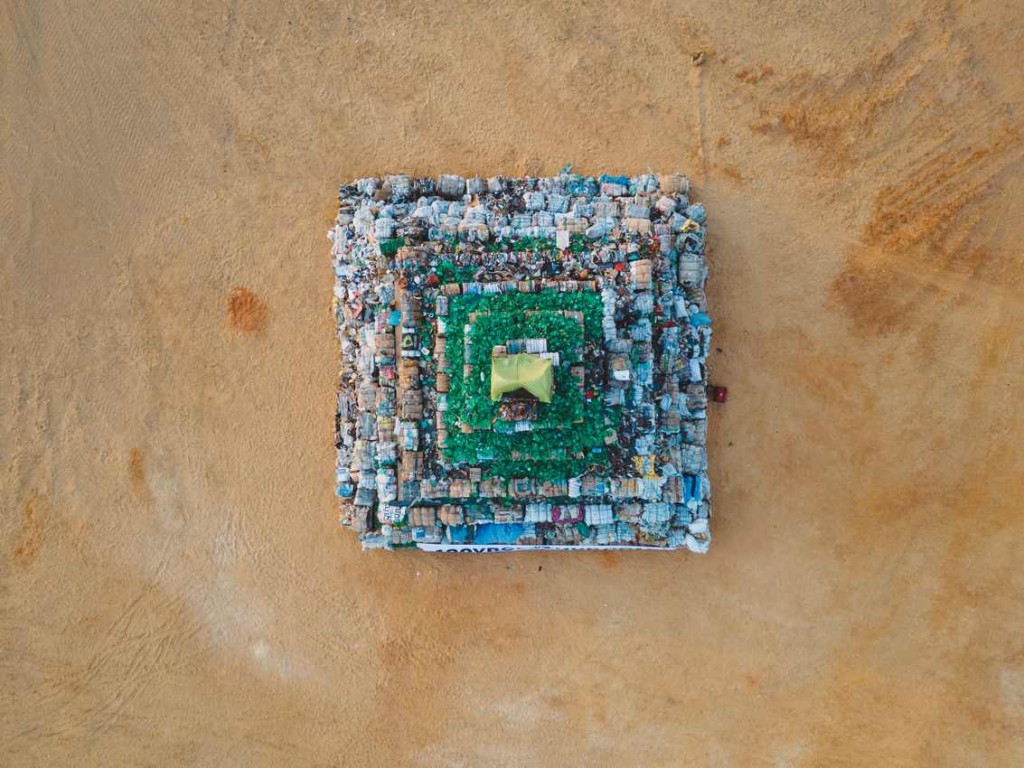 Justin Moran, creator of The Hidden Sea, a wine company that removes 10 pieces of plastic trash from the ocean for every bottle sold, remarked that despite the pyramid’s enormous size, it only represents a small portion of this enormous catastrophe.

“Powered by wine drinkers, The Hidden Sea has so far removed 18 million plastic bottles from the ocean; this illustrates that consumers merely require a straightforward way to contribute to the solution.

At COP27, our message is unambiguous.

It is time to draw a line in the sand and alter our crisis management strategy. Those with the ability must assume responsibility.”

To personally commemorate the beginning of 100YR CLEANUP, Zero Co’s CEO Mike Smith will spend three days atop the pyramid pleading for individuals and businesses to join the effort.

Mike Smith, the guy atop the pyramid, stated, “We can’t solve the plastic problem on our own, but we can give everyone the power to act.”

By collaborating with businesses, industry leaders, and the public to take direct action, we will be able to provide a scalable solution to the problem that will have a significant impact.

Zero Co and The Hidden Sea intend to raise $1,000,000 for the 100YR CLEANUP over the next twelve months, which will remove 15 million water bottles’ worth of trash and advance the initiative’s purpose.

Individuals and corporations can contribute to future global cleanup efforts by supporting the 100YR CLEANUP and purchasing a bundle of trash.

With appropriate financing, the team intends to establish five-day-a-week, 365-day-a-year crews across Southeast Asia and Australia to clean the world for the next century.