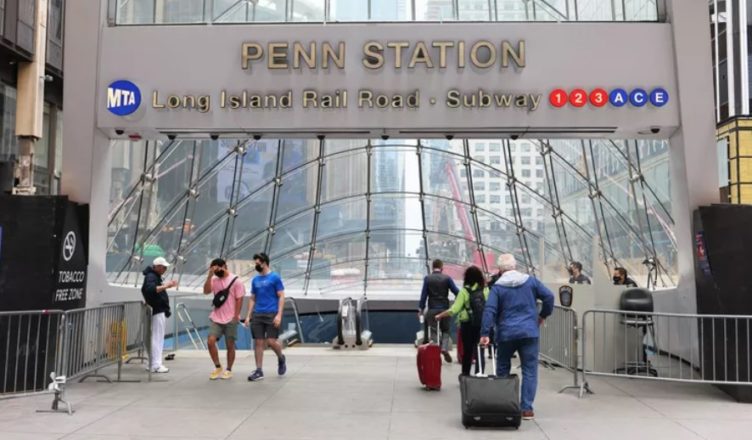 New York police may have foiled a terrorist plot targeting the city’s Jewish population by apprehending the suspect responsible for the plot.

According to a statement released by NYPD Commissioner Keechant Sewell, Suffolk County resident Christopher Brown, 21, was arrested at Penn Station on Saturday after the NYPD and FBI joint counterterrorism task force “uncovered a developing threat to the Jewish community” on Friday.

As reported by ABC News, she said that “sharp-eyed” MTA police officers were responsible for detecting Brown and another man, later revealed to be 22-year-old Manhattan resident Matthew Mahrer, approaching the train station.

Brown has been charged with terroristic threat, aggravated harassment, and criminal possession of a weapon after allegedly being discovered with a huge hunting knife. ABC News also stated that other prohibited things, including a Glock 17 pistol and a 30-round magazine, were found in Brown’s apartment.

Police have reportedly stated that Brown “made recent threats to unknown Jewish Synagogues in the New York Area,” as reported by ABC News….

An NYPD spokeswoman said that in addition to the other charges, Mahrer was arrested for criminal possession of a firearm…

Commissioner James P. Sewell stated in a separate statement that was also shared on Twitter, “Today, we are tremendously grateful to NYPD investigators and our law enforcement partners who unearthed and thwarted a threat to our Jewish community.”

The arrests made and weapons seized at Penn Station this morning are evidence of their “vigilance and coordination” that helps keep New Yorkers secure.

With the goal of “establishing a solid prosecution,” as Sewell put it in her previous statement, an inquiry against Brown is currently underway. According to ABC News, the prosecution is contemplating filing more charges.

When the FBI issued a Twitter alert about a “broad threat to synagogues” in New Jersey earlier this month, they stated the next day that they had identified the suspect and that he “no longer posed a danger to the community.”

Since then, Sayreville resident Omar Alkattoul, 18, has been apprehended and charged with one count of communicating a threat in interstate and foreign commerce, as reported by CNN.

Five years in prison and a $250,000 fine are the maximum possible consequences…