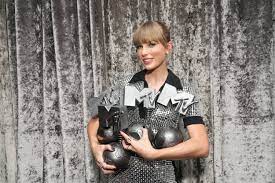 After Ticketmaster’s site collapsed during a presale period, diehard Taylor Swift fans are paying exorbitant prices to acquire tickets to her “Eras Tour” performances through resellers.

Following that, the live concert and ticketing corporation canceled a broad public sales period that was set to begin Friday, causing friction between the concert behemoth and Swifties, as the pop artist’s followers are known.

Vivid Seats, a ticket exchange and resale website, was selling prime tickets for as much as $8,253 on Friday. ..

Ticket reseller Stubhub sold tickets to Taylor Swift’s “Eras Tour” events for as high as $6,300 per ticket for seats near to the stage at some gigs.

StubHub tickets were being resold for a stunning $22,500 each, according to one Twitter user.

According to TicketIQ, another ticket resale and exchange platform, ticket prices on the secondary market increased 13% after Ticketmaster announced the termination of broad public sales.

Tickets are more expensive than on prior tours.

According to TicketIQ’s tracker, tickets to Swift’s previous tours are being resold for more than ten times the price of Eras Tour tickets. On the secondary market, the average price of a ticket is $2,424.

This is due to strong demand and limited supply. In comparison to previous tours, fewer tickets have been released on the secondary market…

This indicates that Ticketmaster did a good job of putting tickets into the hands of actual fans rather than scalpers.

“Everyone has been blaming Ticketmaster, but on the other hand, this ‘Verified Fan’ product really kept brokers out, and there are very few tickets being resold compared to her previous tours,” said Jesse Lawrence, founder and president of TicketIQ.

According to TicketIQ, fewer than 1,000 tickets are available for each Eras Tour concert in the resale market, compared to up to 9,000 tickets for each show on the singer’s previous tours.

The most expensive tickets being sold are for Swift’s show at MetLife Stadium in East Rutherford, New Jersey, which costs an average of $3,622 per ticket.

“The demand is out of control, and Ticketmaster was able to get more tickets into the hands of people. For everyone who claims they didn’t obtain tickets, someone did “Lawrence explained…

“Simply put, there isn’t much resale. Everyone who purchased tickets intends to use them; they did not purchase them to resale.”

“I experienced sticker shock at first,” said Minah Oh, a single mother and film festival programmer from Massachusetts, who checked Ticketmaster’s website the day tickets went on sale but ran into issues.

She wound up to StubHub, where tickets to a show at Gillette Stadium in Foxborough, Massachusetts, on May 20 were selling for up to $900.

“I was shocked at first, but I knew I couldn’t get them through Ticketmaster,” she told CBS News.

She had her sights set on three tickets for herself and her two children, which she intended to give them for Christmas. She ended up spending somewhat more than $1,000 each ticket.

“I knew the prices would be outrageous, but when I went on StubHub, they blew my mind,” she said. “However, this is historic, and I want my children to have that experience.”