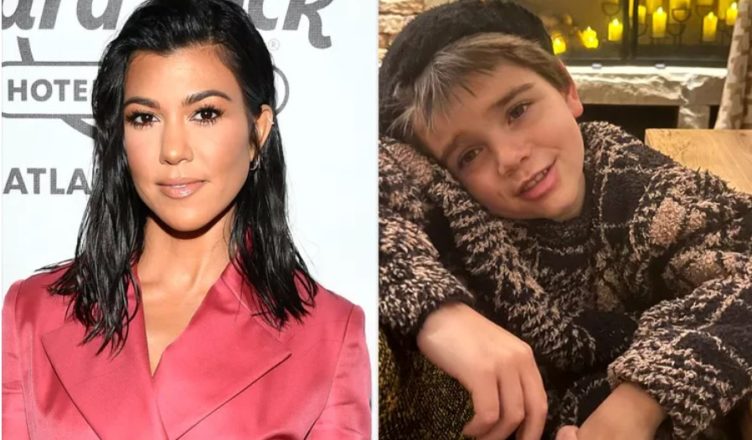 Kourtney Kardashian is taking being a proud mother to a whole new level.․․

In an interview with Interview magazine that debuted the campaign video for Kourtney’s “Lemme Sleep” gummy, the Poosh entrepreneur, 43, was “pushed” about the contents of her “secret drawer” by her younger sister Khloé Kardashian, 38.․․

“I’ll tell you one item that’s in my secret drawer…,” a hesitant Kourtney told Khloé in the discussion, which was revealed on Monday, causing Khloé to remark, “I’m really glad I pressed the issue.”

Kourtney then confessed, “I had Reign’s hair since we didn’t trim it until he was five years old. So I have his long braid and I frequently smell it.”

Kourtney also promised to present the piece of hair to the Good American creator “when you come over later.” But Khloé was uninterested.․․

“No problem, I’m cool with that. Oh my my, it’s like, oh my gosh. Rapunzel?” Khloé stated.

The Kardashians actress is hoping to have four children with her hubby Travis Barker, 47.

Kourtney and Barker have been candid about their IVF journey, which they are undertaking to add to their blended family of five children. Barker has two children: Alabama Luella, 16, and Landon Asher, 19.

Before commenting on the process on The Kardashians in April, Kourtney informed mom Kris Jenner that it was “terrible,” adding, “Travis and I want to have a kid, so my doctor put us down this road of trying IVF, and it hasn’t been the most amazing experience.”

It’s very rude to make comments about somebody when you have no idea what they’re going through.”