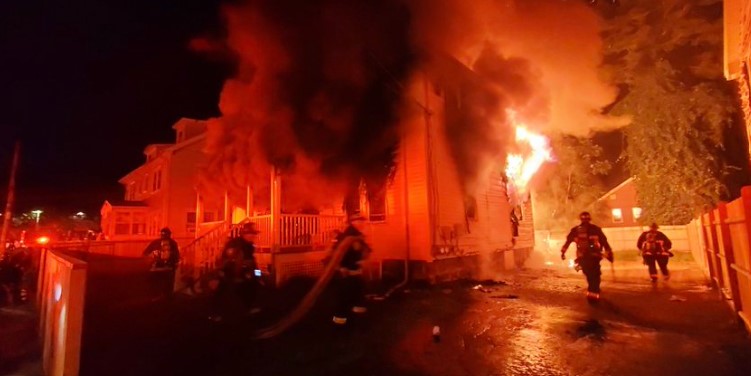 Over the Labor Day weekend, a Boston man was hailed a hero for assisting a family in escaping a burning building.

The guy, 42-year-old Clidfod Saintjen, acted early Saturday morning after discovering his next-door neighbor’s home on Delford Street in Roslindale was on fire, according to The Boston Globe.

According to the Boston Fire Department, a mother and her two children were trapped on the second level of their building by the “strong blaze.”

When the good Samaritan noticed this, he took an old mattress he had propped against a neighboring fence and used it to aid them reach safety, according to the Globe.

According to ABC affiliate WCVB, “[it was] quick thinking to understand there was a mattress,” BFD spokesperson Brian Alkins said, calling the man’s efforts “extremely heroic.”

“It makes our job a lot easier when neighbors support neighbors,” he continued.․․

The family was first apprehensive to go on from the second story. However, their neighbor was eventually able to persuade them to change their minds.․․

“‘Come on, come on,’ I say. The fire is getting dangerously close.’ “The Globe and WCVB were informed by Clidfod.․․․

According to WCVB, the woman then handed over her 5-year-old child to the man before she and her other child leapt onto the mattress he had placed under the window.

According to the publications, the fire displaced nine residents – five adults and four children. Two firefighters were taken to the hospital with non-life threatening injuries and later released.

The cause of the fire is still being investigated.

Despite the fact that he saved lives, Clidfod told the Globe, “I don’t feel like a hero.”

“Everyone is meant to be afraid when something happens, but when you see fire, people in the fire, you know what the fire means [for them],” he added.