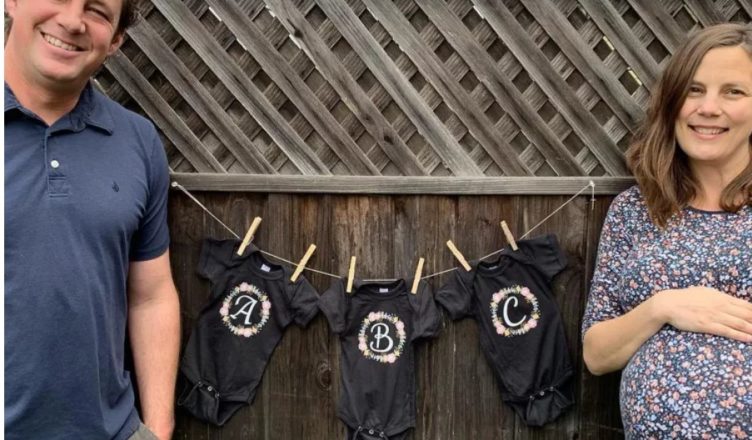 Genevieve “Genna” Knox understands that life is full of surprises better than most.

In 2019, she and her husband Kyle decided to expand their family by giving their son, now 6-year-old Liam, a younger sibling.

Genna, 38, was happy to have gotten pregnant easily and everything were going well until her 20-week ultrasound revealed a shocking surprise…

Knox tells Today that the ultrasound technician inquired whether they were expecting twins.

“No, I’m not,” she replied to the technician. “Then I looked up, and there were two infants as clear as day.”

When she and her husband realized they would be welcoming multiples, the California fifth grade teacher says they felt like the “luckiest people in the world.”

“I started having children later in life, and I wasn’t sure if I’d even be able to have one,” she explains. “We were ecstatic.”

The pair would have nine weeks to adjust to the news before another surprise arrived. The sonographer asked Knox when she found out she was having twins during a 4D ultrasound.

“I responded, ‘Oh, gosh, you’re not going to believe it,’ and then I told him what happened during the 20-week scan,” only to find out from the technician that she was expecting triplets.

“I don’t remember anything else about that moment,” she says. “I was completely taken aback.”

Knox was 33 weeks pregnant when her triplet daughters, Kaylee, Lily, and Cecilia, were born.

Today, Knox shares her family’s activities on social media and claims that her “secret triplet,” Cecilia, stands out from the crowd…

“She has a huge personality,” Knox says. “She is entertaining, and we adore her, but she clearly marches to the beat of her own drum.”