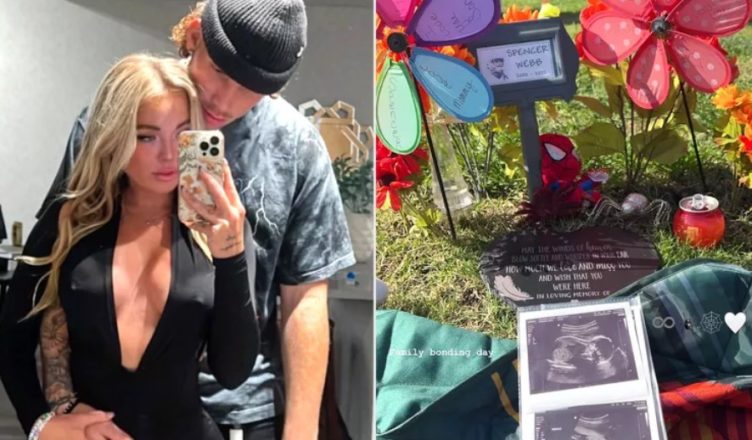 Kay posted an Instagram Story snapshot from Webb’s burial on Monday, with Post Malone’s song “I Fall Apart” playing in the background.

Kay appeared to be sitting on a blanket in front of her late boyfriend’s grave, holding a strip of her most recent ultrasound photographs of the couple’s unborn son.

“Family bonding day,” she wrote, adding infinite symbols, a spider, a web, and a white heart as emojis.

Kay announced her pregnancy with Webb in August, more than a month after the Oregon tight end died in a rock sliding accident at the age of 22.

The Ducks’ outstanding tight end died in July after falling and hitting his head near Triangle Lake, roughly 35 miles from the University of Oregon’s Eugene campus.

The revelation was announced on Instagram by the model, who posted a photo of herself holding a banner with the baby’s sonogram and the words “Coming soon: Baby Webb.”

“We made an angel before heaven got one,” she captioned the photo. “All you ever wanted to be was a father… I’m confident you’ll be the finest from above.”

Last month, while discussing her pregnancy while grieving, the model stated that “healing isn’t linear.” 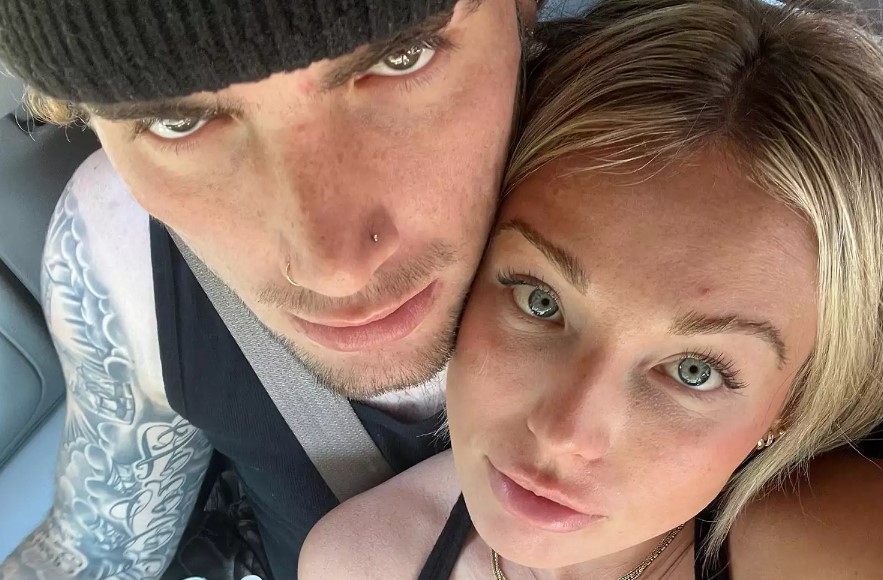 Kay acknowledged her numerous feelings, admitting that “this will be the hardest thing I’ve ever had to go through, but I’m battling.”

“I’m battling for those fleeting moments of joy and laughter. I’m fighting for my friends and family while they pour into my cup to keep me from falling.

I’m battling for my baby because he deserves a mother who is happy and healthy “She went on. “And I’m battling because Spencer knew and wanted me to be that way.

I know the pain will never go away, but I’m trying to find happiness in the little things. Day after day, hour after hour, second after second.”

Kay revealed the gender of their unborn child in an emotional Instagram video last month.

She pointed to the skies while standing on a football field wearing Webb’s number 18 jersey. Kay was then sprayed in blue Gatorade from behind, confirming that the baby is a boy. She then launched a swarm of blue balloons into the sky.

“I know you chose him to protect me. He’s going to be a legend like his father. @spider_ #babyspidey, I will always adore you both “Kay put something in the caption.