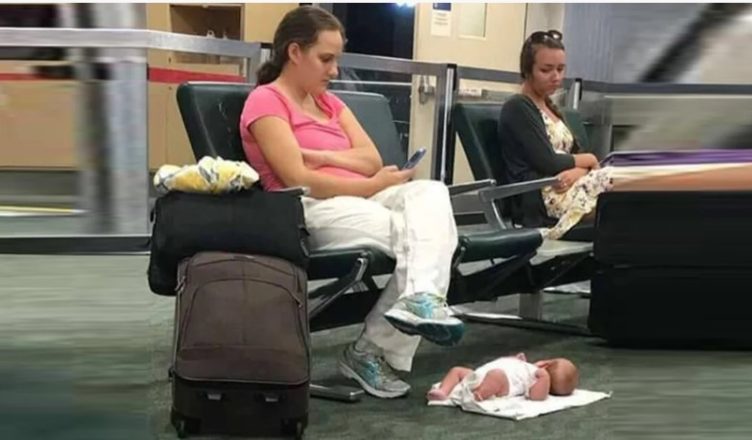 Years ago, a photo of Molly Lensing that was taken without her permission went viral. The Illinois mother claims the image has stayed with her, and she wants to clear the air.

The snapshot was taken in a Colorado airport in 2016, as Lensing and her youngest daughter, Anastasia, was attempting to return home after visiting family…

Lensing is seen looking at her phone screen while her infant is resting on a blanket on the airport floor. ..

Lensing was instantly derided online as a lady who was more interested in her cell phone than her infant, and the photo was circulated as a meme with numerous judgmental phrases attached to it. 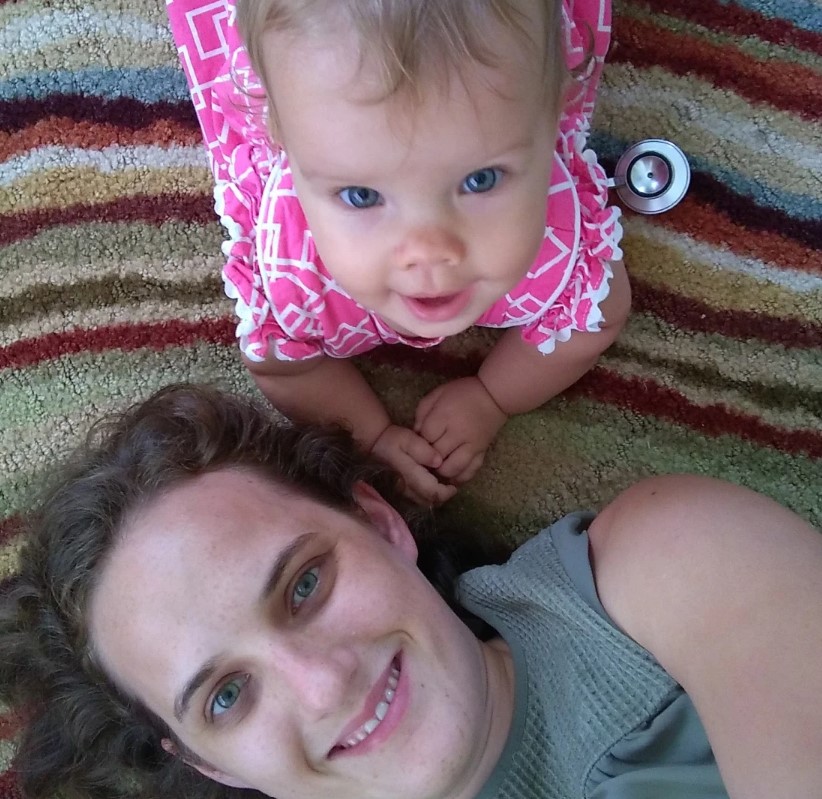 “I fear the day when technology will take over our humanity… the planet will be populated by a generation of idiots,” one version says.

Lensing claims that not only was her privacy violated by the image’s distribution, but that there is much more to the tale than the snapshot depicts.

“We were unfortunate enough to be stranded in the heart of the Delta computer shut-down,” Lensing told TODAY.com in 2017. 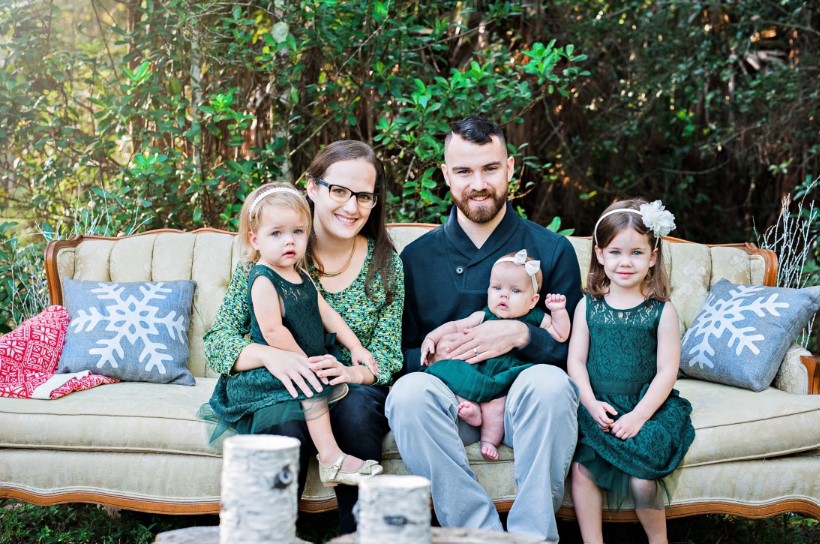 “Anastasia had been held or carried for several hours. My arms were aching. She needs to get some exercise “Lensing stated. “And I had to speak with all of the family members who were wondering where we were.”

Lensing noticed the image of herself spreading online a few months after her traumatic vacation experience.

She began receiving messages on Facebook when a few viewers identified her by name. Some supported her, while others chastised her for being a “bad parent.”

“I absolutely feel like my privacy was violated,” said Lensing, a part-time pediatric nurse. “I’d just started working on a labor floor, and I was frightened of my coworkers or employer seeing the photo and remarks and concluding that I shouldn’t be dealing with infants anymore. Fortunately, this never happened.”