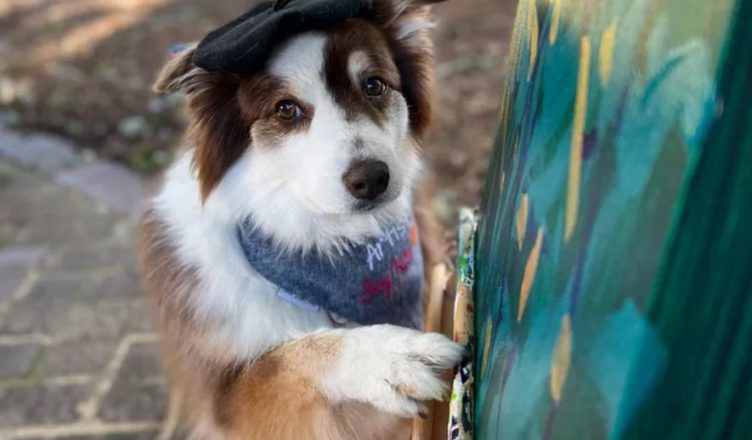 Lisa Kite brought Ivy, an Australian shepherd puppy, home 10 years ago. She had worked with working dogs before, so she knew she’d need to keep Ivy busy.

After Kite taught Ivy how to get drinks from a mini-fridge and put money in a piggy bank, a friend suggested she try painting. Ivy was a natural at it.

“You would have thought she was walking on the moon when she painted her first piece,” says 59-year-old retired nurse Kite, who encourages Ivy’s once-a-week habit with a clicker and poached chicken treats.

Kite’s first step was to put an easel on the floor and tell Ivy to use a custom-made brush to make watercolor strokes. This was many years ago.

She eventually moved on to Crayola paints for kids.

“As a mom, I was worried this was going to be a huge mess,” says Kite. Now, she makes colorful art with acrylics. (Fun fact: blue is her favorite color!) 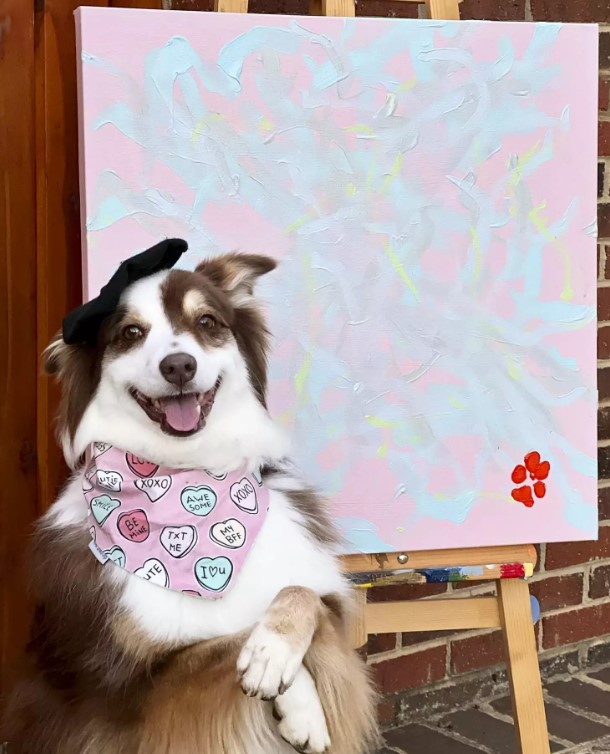 Soon after Kite made an Instagram account for Ivy, many of her followers sent her messages asking how they could buy the art.

“People from all over the world buy them,” Kite says. “She has sold to almost every continent.” “There was even a waiting list.”

@ivykitetheaussie on Instagram sells the dog’s art for anywhere from $50 to $500, and all of the money goes to different charities.

“I want art to be available to everyone,” says Kite, who only keeps money for canvases and paints.

During the early days of the COVID-19 pandemic, the two raised enough money to give 15,000 lbs. of food to food banks.

In October, they gave money to Susan G. Komen for the Cure. They often give to animal charities, and they also give works and postcards to local schools.

“Her paintings often sell before I can even put them up for sale,” Kite says.

She also says that Ivy has a few collectors thanks to her many fans and a recent show at a hotel gallery in downtown Charlotte. “She seems proud and loves to show off.”