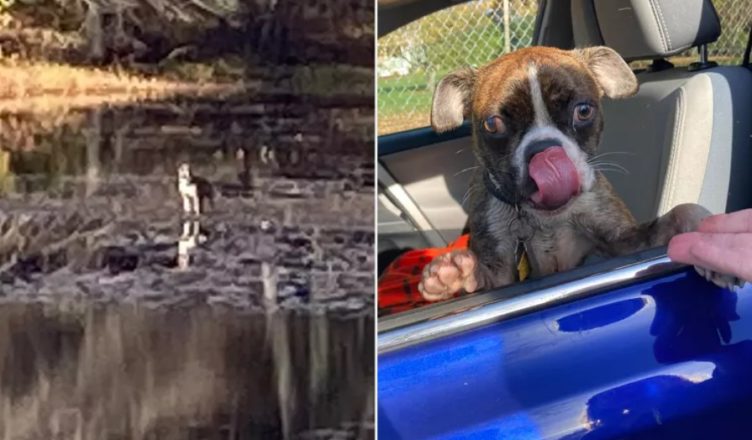 After a mess, a lost puppy found his way back home.

The good news came on Monday, when people in Tewksbury, Massachusetts, found the one-year-old dog Louie on an island of mud. Louie had been missing for two days.

The rescue started when a local saw the Boston Terrier stuck in the mud on a small island and told authorities.

When the worried person called, people from Tewksbury Fire and the local animal control branch came to help. They worked together to get the puppy out of the mud.

After rescuers got the dog out, its owners were able to get him back.

Louie’s family said he was missing for the first time on October 29. They posted about the beloved dog in a Facebook group for lost pets.

Louie’s owner wrote on social media after the dog went missing, “He’s friendly and I’m sure very scared.” His littermate brother is crying, and his human family is heartbroken.

After Louie was found, his owners changed their message to thank the people in their area for helping them find him.

“Thank you to everyone who helped get the word out,” the owner, who did not give his name, wrote. “I didn’t know there were so many people who worked hard to bring pets back to their families. I will never forget it.”

Dog lovers who heard about the story thanked Billerica and Tewksbury Animal Control for helping to find Louie.

“Yay! Yay! Yay! Great job! If it had been one of my dogs, I couldn’t thank you enough. Thanks for everything you do that’s great.” someone wrote something on Facebook.