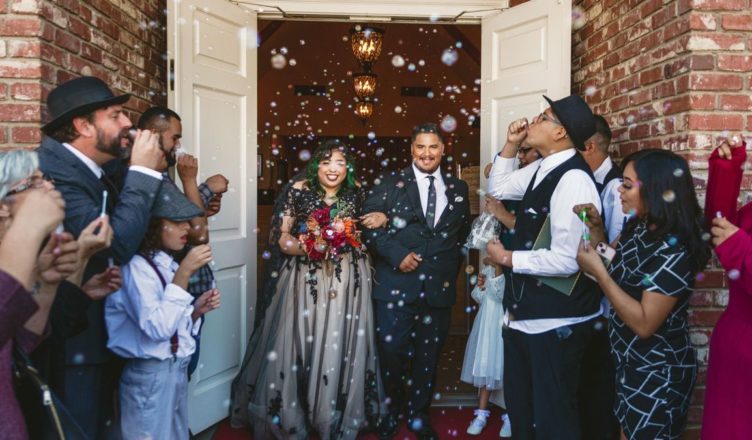 A couple had the creepiest wedding ever. They took the part of their vows that said “till death do us part” literally by getting married at a funeral home.

Norma Nino, who was 27, drove up to her wedding in a hearse. She and Axel Nino, who was 29, said “I do” in front of pumpkins and coffins. She wore a beautiful black wedding dress, of course.

Even though some of their friends and family were skeptical at first, the big Halloween fan chose a gothic theme for their wedding.

But their unusual wedding was a pleasant surprise for their guests, and Norma, who works as a mortician, said the day was “perfect.”

Norma said: “I’m from Reedley, California.” “I’ve always liked Halloween, and I always knew I wanted to get married at a funeral home. 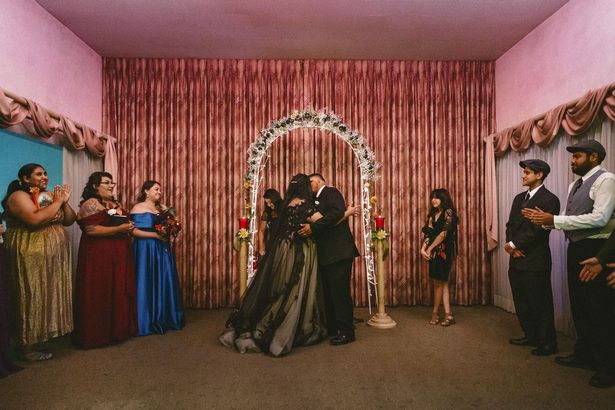 “It was one of the first funeral homes run by a woman, and I worked there for many years, so it was a big part of my life.

“I love Halloween so much that I go all out with decorations and costumes every year.

“I’ve always liked gothic and grungy styles, so a wedding with a Halloween theme was perfect for me.

“My family is very superstitious, so they were scared at first. However, on the day of the wedding, everyone said how “me” it was and how much they enjoyed seeing something different.

“Coming to our wedding in a hearse was the best way to celebrate. People were shocked, but they also thought it was funny.”

After the vows, which were said in a place usually used for cremation services, the wedding party went to a reception with a Halloween theme. There were pumpkins and hanging candles, and the colors were red and black. 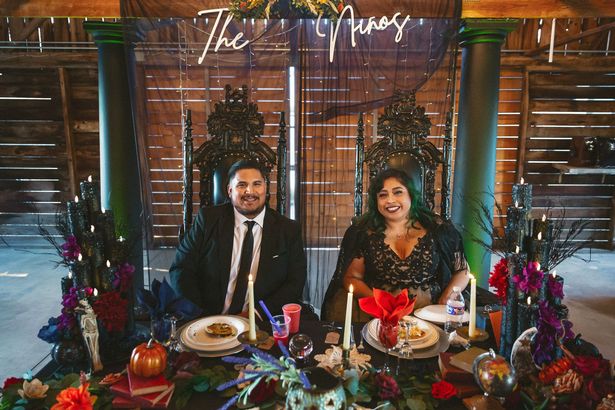 Cocomelody had the perfect gothic dress for Norma. It had beautiful black lace and a black veil.

They got married on October 1, 2022. That date was chosen because it was the first day of Norma’s favorite month.

So that the day would be as scary as possible, they even asked guests to wear costumes from the 1930s.

In August 2018, Norma and Axel hit it off after meeting on Tinder. Luckily, her 11-year-old daughter Samantha also liked him.

In May 2021, after two years of dating, Axel, an operator assistant, gave Norma a puppy instead of a ring when he asked her to marry him.

The former funeral director said: “When we went to get our new two-year-old dog, Mochi, he was so moved that he got down on one knee!

“It was such a strange thing to happen.

“I was fussing over this puppy that was licking my face, and all of a sudden, Axel asked me to marry him!” 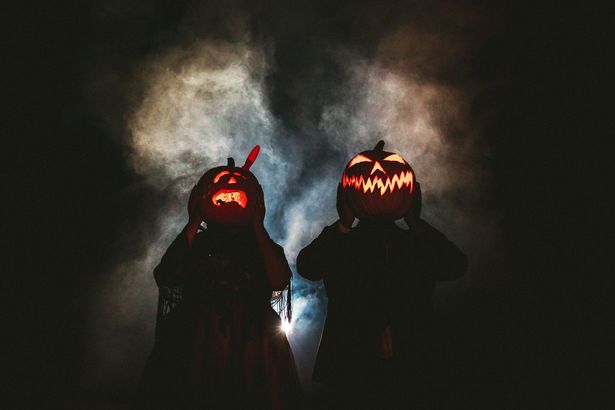 The happy couple wanted to get married at Yosemite National Park, but Norma, who was crazy about Halloween, had other, scarier plans for their big day.

“At first, Axel wasn’t sure, but a few months before the wedding, he decided to go for it and let me have the wedding of my dreams,” Norma said.

“On the day of the event, he saw that I was happy and said that we had made the right choice.”

Even though it was stressful to plan a wedding, Norma loved picking out the Halloween details for her big day.

Norma said this about the event: “That day was so magical, and it was just right for us.

“If you want to have a wedding with a Halloween theme, I say go for it! 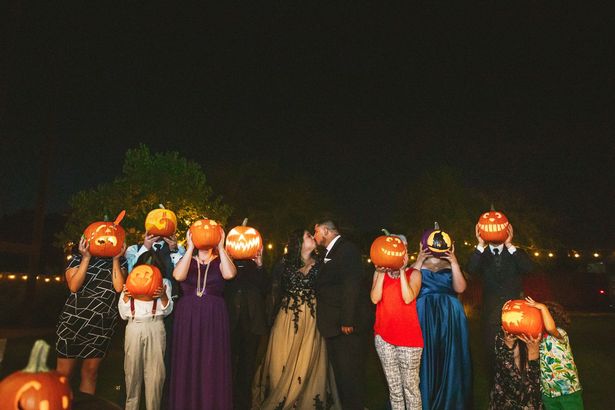 “It’s your day, so it doesn’t matter what other people think.

“Axel is the love of my life, and I can’t wait to live with him as a married couple.”

Axel added “I’m more traditional, so I wasn’t sure if the wedding would be too scary for me.

“But I love her, so I tried to find a middle ground.