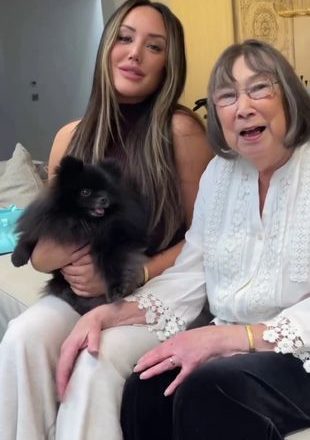 People say that Charlotte Crosby is “devastated” by the death of a family member, which is why she is taking a break from social media.

The new mom’s grandmother died just a few weeks after she had her first child, whom she named Alba Jean after her grandmother.

People think that the former star of Geordie Shore is taking some time off to spend time with her family while she goes through this hard time.

The 32-year-old posted a video of her grandmother Jean on Instagram with the sad news.

Charlotte wrote next to the video, “My little nana Jean. Heartbroken doesn’t even begin to describe how I feel. The person I love most and who makes my life shine.

Since I was a little girl, I’ve loved everything about you. My brave strong nana. My beautiful nana.

You were there when I came into the world, and I was there when you died and left. Without you, I don’t think my life will ever be the same. 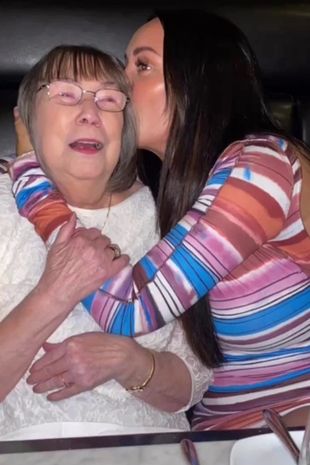 “There’s a reason I named my daughter after you, Nana. I don’t think you’ll ever really know how much I loved and still love you.

I miss you, Nana. I hope to see you again one day because I already long to hear you say, “Hello, my darling,” when I walk in to see you. Please hold your loved ones tight because life is truly, truly precious.

A source told New! that Charlotte is spending her time with her family and focusing on her baby.

They said, “Charlotte loved her grandmother so much that she named her daughter after her. She is going through a hard time and is taking time away from social media to be with her family.

“It’s bittersweet because she’s in her baby bubble and loves being a mom, but she’s also having a hard time.”

Charlotte became a mom for the first time in October. She told her fans she was pregnant in mid-April, after rumors had been going around for weeks.

The reality star was happy to hear that her daughter Alba Jean Ankers had arrived safely, and she said, “Our hearts are full.”

Charlotte and Jake met through friends and liked each other right away.

Jake is a restaurant owner and foodie, but he doesn’t get much attention from the media. He and his girlfriend are head over heels for each other.