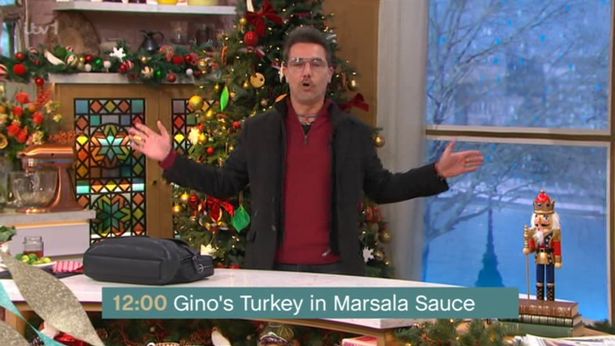 On Tuesday morning, Holly Willoughby was left urging This Morning chef Gino D’Acampo to’shut up’ after he repeatedly sought to promote his new ITV programme.

The extremely noisy Italian chef made an appearance in the ITV studio to cook up a Christmas dinner storm in the kitchen, although he arrived late in the show.

When Gino did come, anchor Phillip Schofield noticed that he was still wearing his coat and carrying his briefcase as he strolled onto the ITV set ahead of his program.

Gino, who had left his bag on the kitchen counter, said, “I’ve just come, okay,” before rapidly changing his tune: “My new show is out on Wednesday and Thursday.” “I’d like everyone to know.”

“It’s a dating show with cookery,” he added. In my home island of Sardinia, I founded a cooking school. I bring in single people and conduct a sociological experiment through cooking.”

The chef then teased his later-in-the-show part, in which he prepared turkey breast with Marsala wine, before previewing his new show Cooking Up Love, produced by Gordon Ramsay’s firm.

“Don’t forget to watch the show,” he urged. In the coming hours, it’ll all be about my new show. I swear to you, every time you ask me a question, I’ll bring up the program.”

As the show attempted to go on to the next section in the midst of Gino’s self-promotion, host Holly retorted, “Your show’s going to be on in a minute if you don’t shut up.”

The ITV dating program will feature single people competing in an Italian kitchen and cooking up a storm in the hopes of finding true love under Gino’s careful eye. 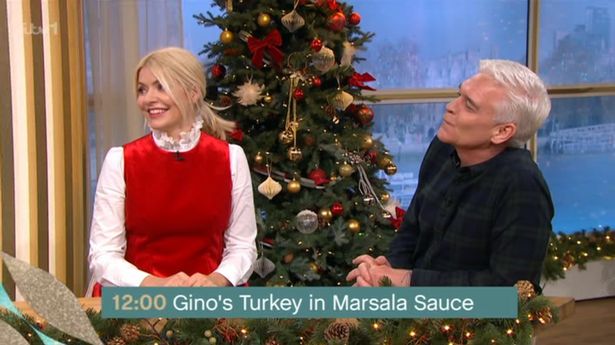 Despite Gino’s self-promotion, the show attempted to move on to the next part.

The daytime show host sat down on the ITV sofa with co-host Phillip to discuss the full-length trailer, which was released last night and will be available in full on the streaming giant later this week.

Holly asked journalists Camilla Tominey, Sonia Sodha, and Simon McCoy what the Sussexes may do following the already contentious docu-series.

Camilla intervened to refute the notion that the couple was subjected to media intrusion, asking the audience to name a ‘covert’ paparazzi photograph of the couple taken in the UK and then published in a national newspaper.

“I recall there were analogies at the time between how Kate [Middleton] was being treated and how she was being,” Holly said.

Camilla then responded, “I know, but Holly, even the footage of Kate…,” to which Holly responded, “There was quite a difference there.”

Holly persisted, “I’m saying this because I’m trying to offer another perspective to this, because I don’t like anyone who isn’t here,” as the couple continued to speak over one other.