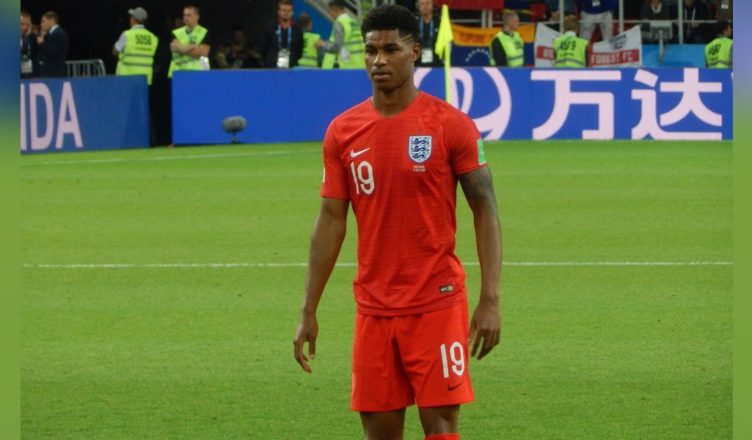 Marcus Rashford, 23, of Manchester United, has already scored a lot of goals, but he is the youngest individual to top the list.

The Sunday Times Giving List, a barometer of giving among wealthy British people, is a national triumph.

Donations he made and those motivated by his efforts to address food poverty totaled $28 million (£20 million), giving him a “Giving Index” ranking of 125% of his personal net worth of $23 million (£16 million).

Rashford has been something of a hero to many Brits in the last year: last year, when second waves of COVID-19 proliferated, he stood up to the UK government’s decision to decrease money on free school lunches.

Here’s how he did it.

The striker, who has often been a shining light in difficult recent seasons at Manchester United and a fixture on England’s national team, managed to direct some of the attention he receives toward an issue close to his heart: having experienced hunger as a child, he knew that disadvantaged children rely on school lunches for daily calorie requirements.

His persistent campaigning convinced Boris Johnson to reverse the Conservative government’s attitude, allocating £170 million ($240 million) for the free meal voucher scheme from November until the summer.

In response, Rashford received the Professional Footballers Merit Award and was nominated for an MBE by Johnson (Member of the British Empire).

“As a young Black man from Wythenshawe, I never thought I’d be accepting an MBE, let alone an MBE at the age of 22,” he responded to Sky Sports.

“What Marcus has done over the last 12 months is unbelievable,” Liverpool captain Jordan Henderson remarked ahead of a recent match between the two clubs.

“He has fought against food insecurity, provided a voice to children who might not otherwise have one, and utilized his own reputation to help others.”

Henderson, who has led the second-most decorated English club for seven years, arrived in sixth place on the Times’ Giving List after soliciting £4 million ($6 million) from his fellow footballers to supplement his personal efforts to the UK National Health Service in reaction to the pandemic.

Again, non-football enthusiasts may struggle to grasp the significance of Henderson’s statements, as Liverpool and Manchester United are bitter rivals.

Their matches are among the most watched on the planet since they are played by the two most successful clubs in English football.

Rashford has maintained his charitable work by forming the Child Food Poverty Task Force, which has partnered with several of the country’s largest supermarkets to help reduce kid hunger.

“His own experience of relying on free school meals gives authenticity and compassion to his activism, and his reputation as a Premier League footballer ensures people and politicians sit up and take notice,” Lindsay Boswell said in a statement.

Boswell, the CEO of FareShare, a non-profit dedicated to fighting hunger and food waste in the United Kingdom, designated Rashford an ambassador.