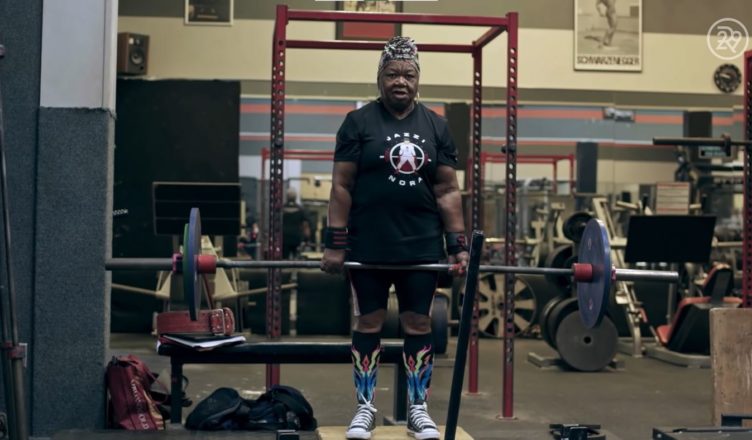 Monday morning has arrived. GNN has your weekly inspiration fuel.

If that wasn’t enough to get you out of bed and into your favorite workout, Langdon began when she was 65 and too out of shape to go up the stairs of the houses she was selling as part of a 35-year real estate business.

A friend connected her to Art Little, a personal trainer at Royal Oak Gym in Michigan, at a birthday party. She came to see a powerlifting competition and asked Little if she could do the same someday.

Little was cautious at first, but she began with the fundamentals.

“Langdon estimates she has 20-25 medals in her trophy room,” Barbend writes. “She has competed in and won 23 sanctioned meets.”

She did not submit totals in the two outliers, indicating that she was not out-lifted.

“When I squat, I say, ‘Holy Spirit, fall on me,’ and I just do it—come right on up,” she explained to Fox News.

“I feel powerful when I powerlift,” Langdon says in the Refinery 29 documentary, as she prepares to rip a deadlift in a pair of spotless Chuck Taylors.

“Because it means I can beat the rest of the world.” “I want to be an inspiration to other women to take care of themselves.”

Langdon is the most accomplished powerlifter in her weight class, competing three times a year at the State Championships, Nationals, and Worlds. She has put up a GoFundMe page to supplement her low sponsorship funds.