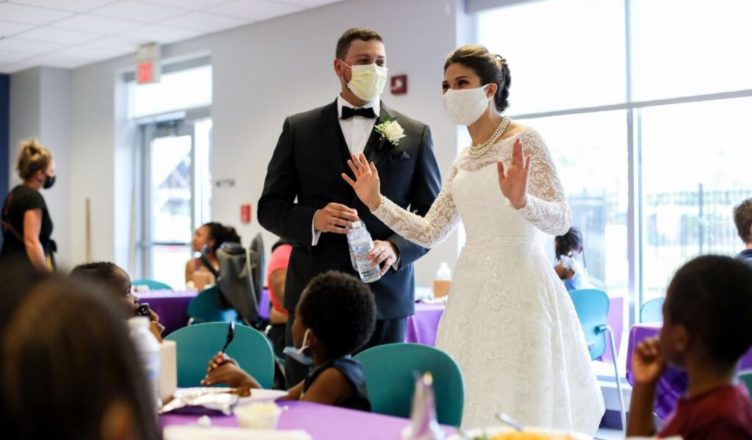 Celebratory toasts are delivered at a wedding reception. A supper has been served. The cake has been cut.

The bride and groom do their first dance as a married couple, soon to be joined by everyone else who wants to kick up their heels.

As the ceremony concludes, the bride tosses her bouquet and the pair departs for their honeymoon, all to the accompaniment of innumerable photo opportunities.

Tyler and Melanie Tapajna of Parma, Ohio, came up with a very innovative alternative this past July after they chose to forego their plans for traditional nuptials due to coronavirus worries. 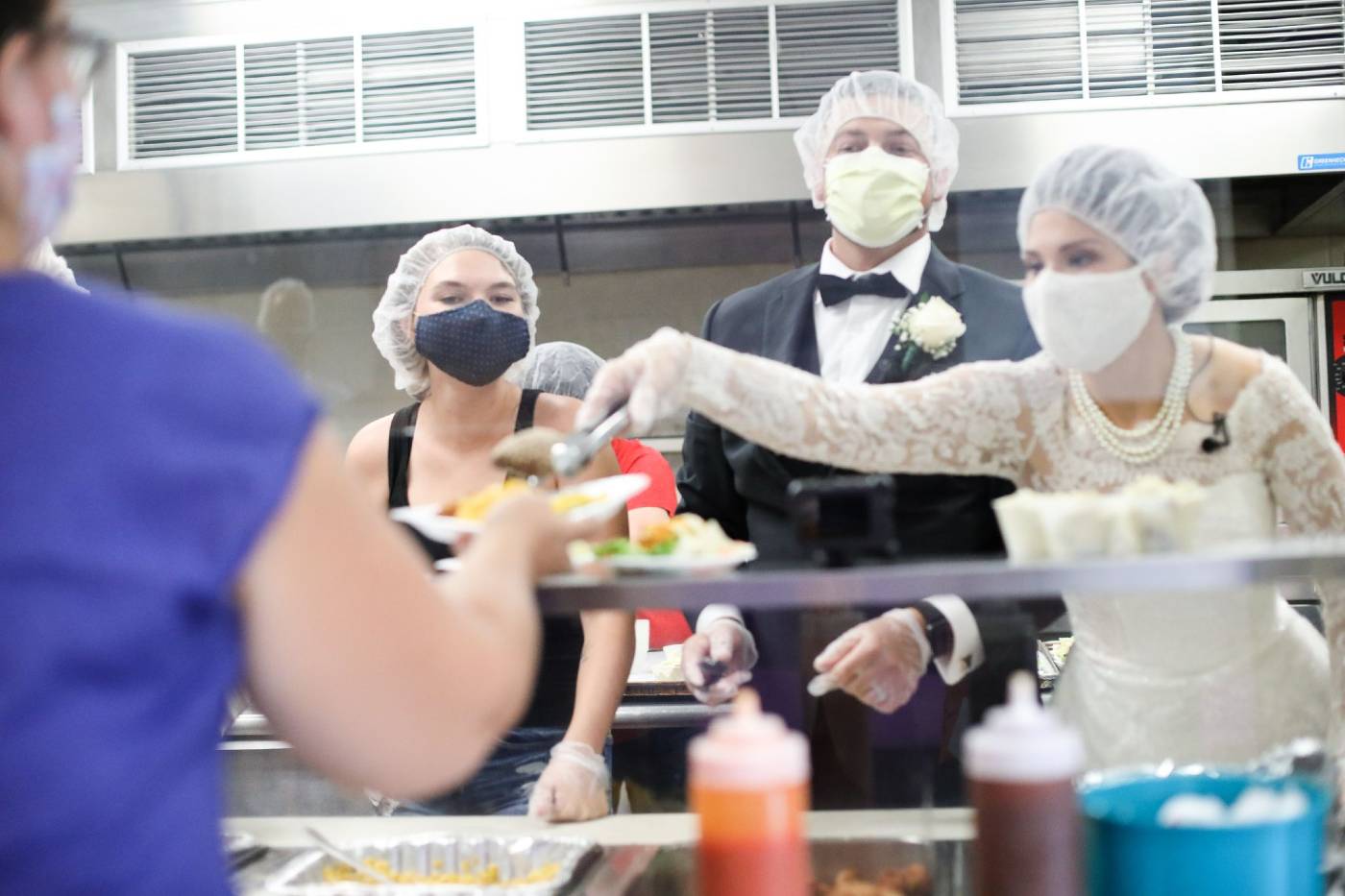 The Tapajnas contacted their caterer, Betty’s Bomb Ass Burgers, but instead of requesting a refund, they asked owner Lena Brown if they could transform the money from their reception into meals at a local homeless shelter.

Having already called Laura’s Home, a local shelter for homeless women and children, with the intention of making a donation, the couple left Brown to work with the Laura’s Home kitchen manager to plan a kid-friendly, cafeteria-style menu.

Their sole demand? On their wedding day, they wanted to help serve the dinner.

After exchanging vows in a small ceremony attended by family and close friends on August 15, the couple headed to Laura’s Home while still dressed in their wedding attire.

The bride ditched her veil in favor of a hairnet (the groom wore one as well).

Both donned face masks and food-service gloves before stepping behind the cafeteria counter to assist in the preparation of heartwarming meals that brought new meaning to the phrase “service with a smile.”

“Meal donations are not uncommon at our institutions,” Rich Trickel, CEO of The City Mission, which manages operations at Laura’s Home, told. 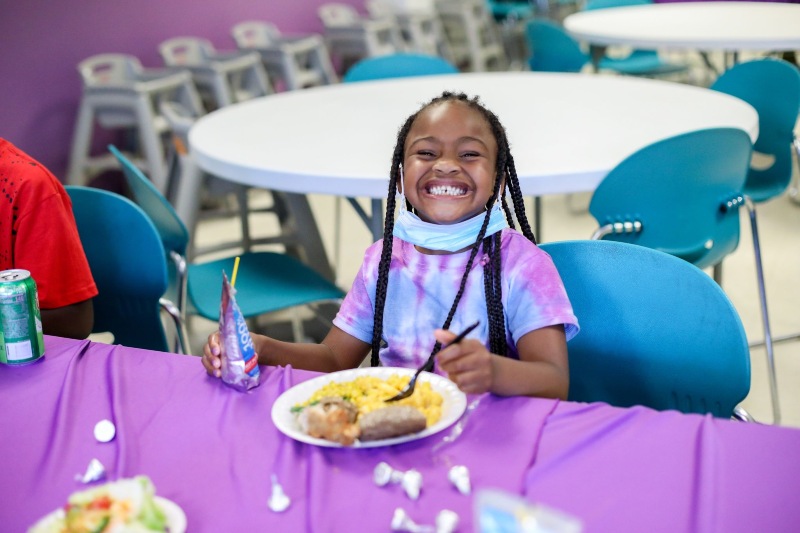 “What made it truly unique was that right after their wedding ceremony, Melanie in her lovely gown and Tyler in his tux put on a hairnet and gloves and served the guests…

Who, after all, does that? It’s an incredible display of generosity and kindness.”

Tapajn, who says she and her husband have been donating to charities as a pair since meeting at a friend’s wedding in 2016, was pleased to hear that their catering budget was large enough to feed shelter inhabitants for several days.

But that wasn’t the finest part, according to the bride.

“I asked Tyler what his favorite aspect of our wedding was, and he said it was the quantity of smiles,” Tapajna told.

“Not only were the women and children pleased to see everyone have a good time, but so were the volunteers and staff… Of course, one of my greatest parts was getting to marry my closest friend.”