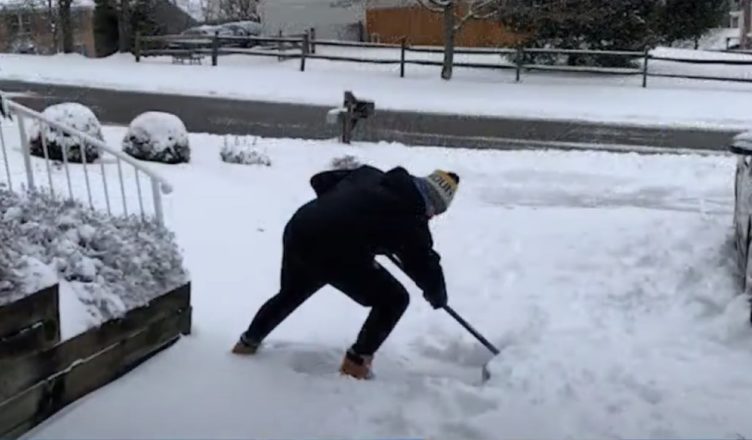 Students in Western Pennsylvania had a snow day on Monday, but instead of staying home or meeting for an indoor workout, their coach instructed these high school football players to go outside and help their neighbors.

Coach Brian DeLallo of Bethel Park High School in Pittsburgh announced on Twitter that Monday’s weightlifting session in the gymnasium had been canceled—but he had an alternative assignment for the young men.

“Monday’s weightlifting workout has been canceled due to the expected severe weather.” Find an elderly or crippled neighbor and shovel their driveway… that’ll be our Monday exercise.”

He also instructed the lads not to accept money.

By mid-morning, more than 27 athletes had texted photos to the coach, with some claiming to be on their sixth driveway.

One of the students even reported that his elderly neighbors refused to accept their non-payment requirement, preferring to make a donation instead.

“What better workout than shoveling driveways?” said Braedon Del Duca, a junior on the team who went door to door with teammate Colton Pfeuffer offering their services.

“It’s just nice getting out here, helping out the community, just helping out others who need it,” Pfeuffer told Pittsburgh’s WTAE-TV News.

“We’d want to do it for everyone we can,” Del Duca added.