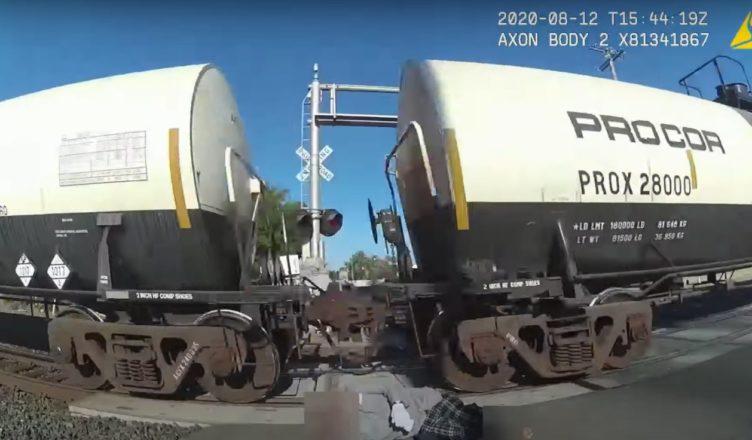 Last week, a local police officer became a hero after she rescued a guy stuck in his wheelchair from the tracks just seconds before a train passed by.

The anxious moments leading up to the rescue are captured on her body camera.

Officer Erika Urrea rushed out of her police cruiser about 8:44 a.m. on August 8th, when she realized what was about to unfold.

The railroad crossing arms were lowering. A train was on its way.

She dashed over and, after the wheelchair refused to move, yanked the unidentified man from his seat.

They both slid back to the ground and were safe, just minutes before being hit.

The man, 66, was injured in the leg but was promptly treated by Urrea and her colleague, Officer Delgado, who had arrived on the scene to assist.

“Officer Urrea risked her own life to save another, and her actions prevented a catastrophe today,” the Lodi Police Department team posted on Facebook. We are immensely pleased of her bravery.”