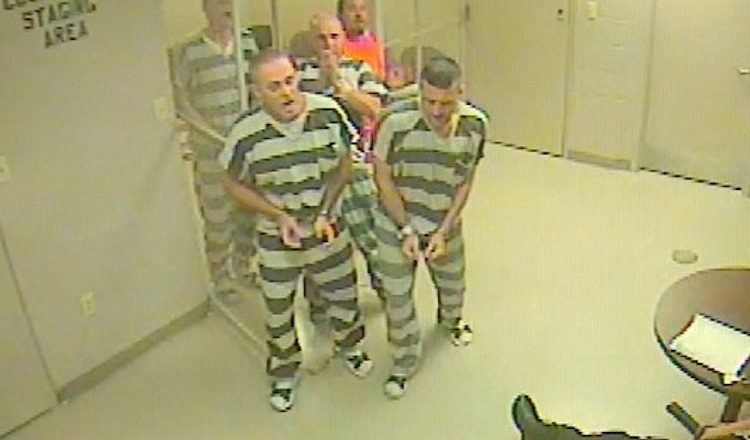 In order to free their armed security officer from their holding cell after he suffered a heart attack, a gang of prisoners smashed the lock on the holding cell, placing their own lives in jeopardy in the process.

The lone armed guard was sitting in his chair when he suddenly fell over and became unconscious. This occurred in Parker County, Texas, where the offenders were waiting for their court hearings.

They made attempts to get assistance, but no one showed up.

The men were aware that if they escaped to assist the security guard, their actions may be misunderstood as a jail break, and the police might rush in with their guns drawn; but, their desire to assist the guard prevailed over this concern.

They used their combined might to press against the door of the cell and eventually managed to open it.

They continued to scream for assistance while being restrained in handcuffs and shackles, and this time the officers in the courtroom located on the upper floor could hear them.

Before the officers could realize there was a medical problem, one of the detainees made a grab at the guard’s radio in an attempt to summon assistance.

The officers immediately raced into the holding area and rounded up the detainees.

The officers believe that the actions of the convicts likely saved the life of the security man since, without their assistance, it may have been another 15 minutes before anyone found him.

Inmate Nick Kelton said in an interview with WFAA News that the thought “not to help whether he’s got a pistol or a badge never crossed my mind.” “I’m going to assist him if he needs it,” she said.

The officers conducted cardiopulmonary resuscitation (CPR) on him until the paramedics came with a defibrillator, which they used to get his heart pumping again before taking him to the hospital.

It is not the first time that inmates have come to their jailer’s help, therefore this is not a new occurrence.

As can be seen in this video, several inmates at the Orient Road Jail in Tampa, Florida, raced to the aid of a security officer when he was being assaulted by another inmate who had him in a choke grip.