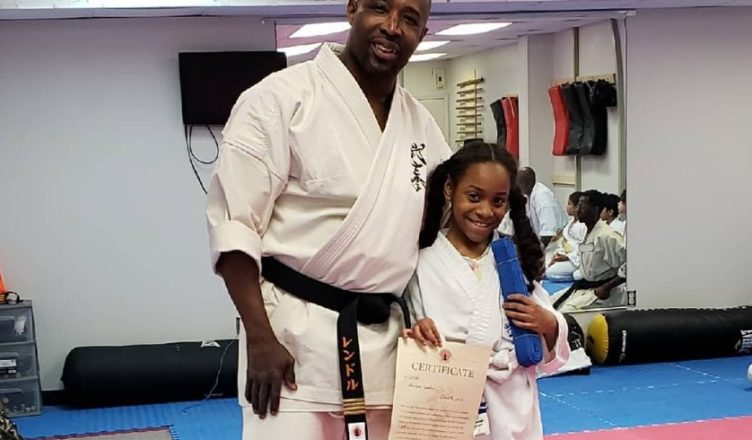 After what appears to have been an unsuccessful effort to abduct a woman off the street, the suspect followed the woman into a karate dojo in North Carolina, where she was training.

According to the head instructor of the Bushiken Karate Charlotte Dojo, Randall Ephraim, early this week the woman ran into the facility while he was cleaning up the studio.

“There were still some kids in the dojo being picked up by parents and a couple of adult students cleaning up when a young lady came through our doors and stated that someone was trying to harm her,” Ephraim told CNN.

“When she came through our doors, there were still some kids in the dojo being picked up by parents.” “Not long after that, a large adult male walked inside the building.

I had no idea what he wanted, so I just assumed that he was interested in signing up for classes.

“I inquired as to the manner in which I might be of assistance to him, and he responded that he was there for the lady.

She protested that she was unfamiliar with him, and he made an attempt to kidnap her.

It was alleged that the attacker, who was 47 years old, attempted to coerce the woman into getting into his vehicle just outside of the institution.

Ephraim only urged the kidnapper to leave, but the kidnapper refused and started “aggressively swinging” his way further into the dojo.

Ephraim was able to escape.

After that, Ephraim took action and forced the man outside, where the aggressor foolishly tried to attack the instructor. Ephraim successfully repelled the assault.

According to Ephraim, the individual was “treated in the appropriate manner.”

Even though the man was eventually apprehended, he had to be transported away from the scene on a stretcher before he could be hauled to the jail and charged with drug usage as well as kidnapping.