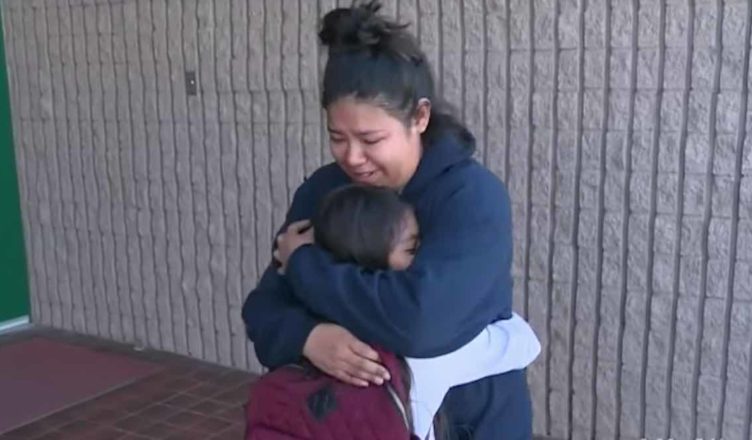 This week, a mother who was quick on her feet became a hero when she claimed to be the mother of another child—a young girl who was in the midst of a probable kidnapping—in order to save the life of the little girl….

Amy Martinez, a student at Lathrop Intermediate School in Santa Ana, California, was on her way to class on Wednesday when a woman who the student described as having a “homeless looking” caught her in a bear hug and started pulling her away from the school building. The student’s name is Amy Martinez, and she is 12 years old.

Amy made an effort to flee from the intruder, but the adult woman’s strength was too much for her to overcome on her own. ,.

She proceeded to yell at the woman while flailing her arms around until the youngster attracted the notice of a woman who had just completed taking her own child to school.

The woman saw the youngster and stopped the woman from continuing her behavior.

Amy’s movements were observed by the good Samaritan, who “had a feeling” that something was wrong.

After that, she approached the abductor, revealed that she was Amy’s mother, and requested that she be freed. Amy was eventually returned to her family.

The person who saved Amy then drove her to school and phoned the authorities. The young girl, who is 12 years old, has expressed that she looks up to the unknown woman as a role model.

Amy shared with KTLA that during the ordeal, she kept thinking, “Oh my gosh, I’m going to live.”