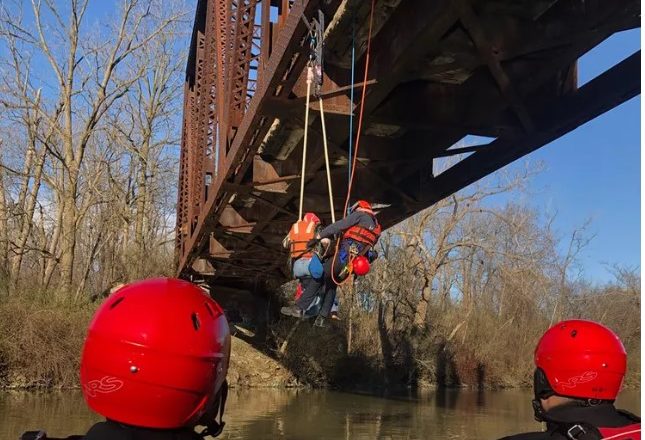 On Friday in Rochester, New York, a circus performer was saved while hanging from a bridge during a photo shoot.

A member of the public saw trapeze artist Julia Baccellieri hanging from the bridge while being photographed and called the Rochester Fire Department.

“We just got done taking pictures. Avi and I both gave thumbs up, and I said, “Okay, I’ll go up and down.” Then the rescue team and the police showed up.”

Baccellieri told WHAM. “We heard sirens, and Avi said, ‘Okay, I’m going to head to shore and see what’s going on over there.'”

Baccellieri said that during the incident, she never felt in danger.

“I was talking to some rescue workers on top, and they asked me, “Are you ready to get up?” Know how to stand up? Are you stuck?’ “she told me. 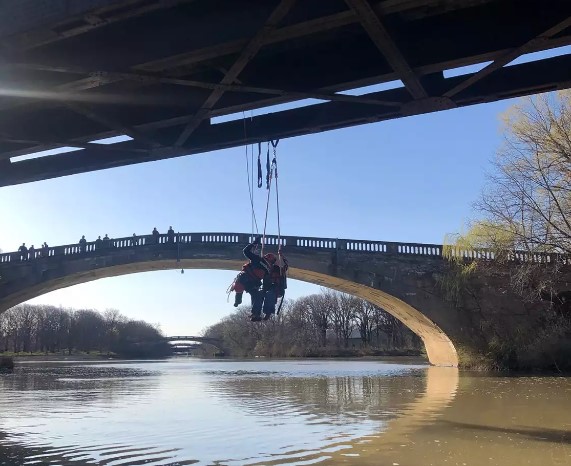 Lee said, “She said that she does this all the time, but we were there to help her.”

A Facebook post from the Rochester Fire Department says that firefighters set up a rope system to rappel down to Baccellieri and launched a water rescue unit.

“The firefighter put a rescue harness on the person, and crews on the bridge deck above brought them both back up to safety,” the post said.

Battalion Chief Mark Alberts told WHAM, “Being over water is always different, so we had the rope rescue part on the bridge deck.” “Then we put a boat from our water rescue team underneath in case anyone fell in.”

The rescue operation took about 40 minutes to finish, and the post said that no one was hurt.

“We were just trying to stay as calm as possible and get all of our gear ready. Find out what must be done, “Lee said it. “Everyone got to work right away. We worked like a well-oiled machine, and the job got done.”