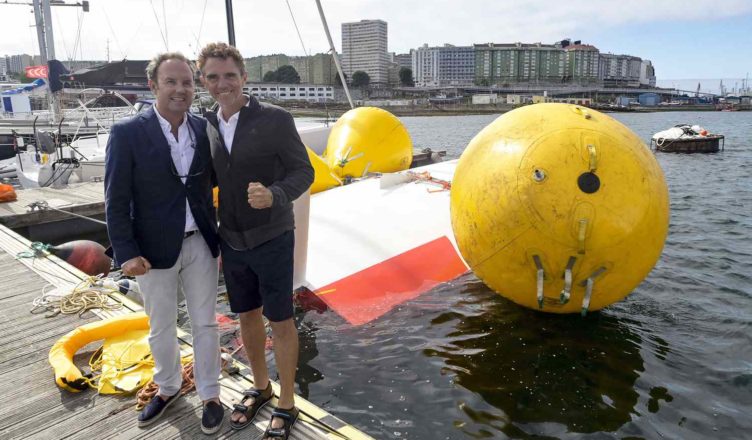 Laurent Camprubi, a French sailor, spent 16 hours in his sailboat after it flipped over.

A French man was saved by coast guard divers in Spain after being trapped for 16 hours under his capsized boat in the Atlantic Ocean.

According to Reuters, a French sailor named Laurent Camprubi was able to stay alive for almost a day by using an air bubble inside the boat.

Even though the coast guard said it was “almost impossible” to save him, he was saved on Tuesday.

The 62-year-boat old’s left Lisbon, Portugal, on Sunday morning, but at 8:23 p.m. local time on Monday, 14 miles from the Sisargas Islands off Spain’s northwestern Galicia region, a distress signal was sent, according to Reuters, which got the information from the coast guard.

The news source says that a rescue ship with five divers and three helicopters looked for him.

A video of the rescue mission, shared by the coast guard and posted on Twitter, shows a rescuer being lowered onto the boat and crouching over it to listen for signs of life.

Reuters said that when the diver knocked on the ship’s hull, the sailor knocked back.

Due to the rough sea, the coast guard decided to wait until morning to save the people. NBC News says that they attached buoyancy balloons to the ship’s hull to keep it from sinking.

Two divers went under the boat early Tuesday morning to save him.

Reuters says that after that, he was flown to a hospital but was released soon after.

Camprubi even smiled as he posed for a picture with Manuel Capeans, the head of Maritime Rescue Finisterre, next to the capsized sailboat at Oza’s port in La Coruna, Galicia, northwest Spain.