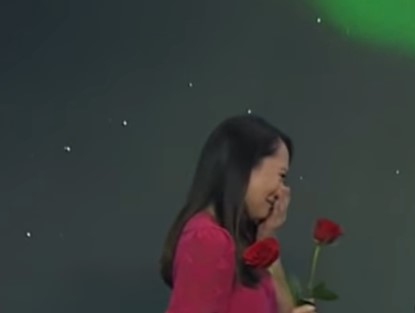 On Valentine’s Day, the meteorologist Mary Lee’s boyfriend shocked her by proposing to her as she was recording a story on the Northern Lights, which was the location where she’d always imagined getting engaged.

Mary Lee had the fantasy come true this year when she was finally able to get engaged in front of a beautiful display of the Northern Lights.

According to the site, Lee, a meteorologist at the San Francisco CBS affiliate KPIX-TV, got the proposal of a lifetime on Valentine’s Day when her longtime partner Ajit Ninan and his daughters Mirium and Madi surprised her at work. 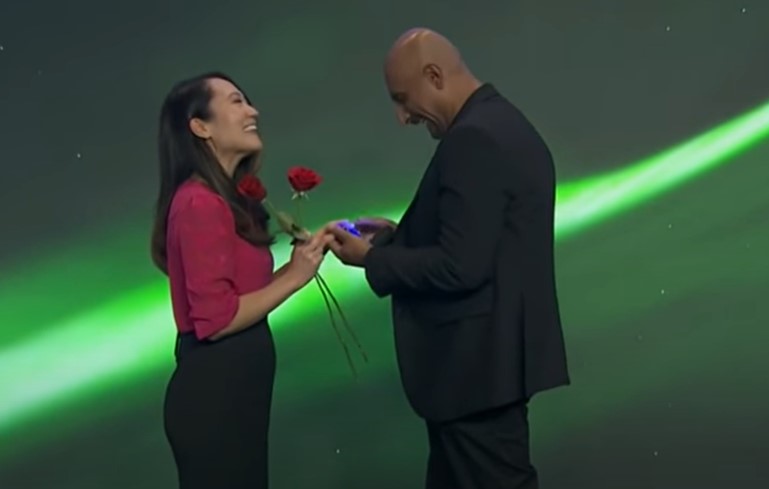 During the middle of the shooting of a program about the Aurora Borealis, Ninan, the daughters, and I stopped by with roses and a very important question.

“You brighten up my life in the most magnificent and beautiful ways,” Ninan said as he got down on one knee and proposed to his girlfriend. “Are you willing to wed me?”

Lee joyfully accepted his marriage proposal, which caused tears to stream down her face.

She uttered the words, “I love you so very much.”

It turns out that everyone at the station helped to make their coworker’s fantasy engagement come true when they helped to plan it.

According to what Lee said with KPIX, “they called it “Operation Marry Mary!” 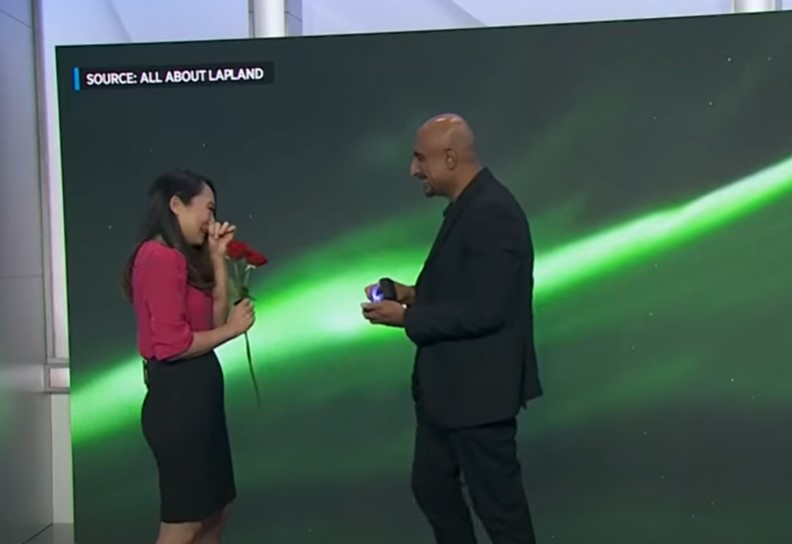 As Lee relived the unforgettable moment, she couldn’t help “weeping again” after watching the proposal broadcast once more on television.

“It was just completely out of the blue,” she remarked. “You’ve all been dropping hints to each other. It was completely beyond my comprehension. I didn’t even see it coming.”

In point of fact, Lee remembers having a conversation with her future husband about going to see the Northern Lights only a week previously.

“I had a dream about that,” she stated. “It was fantastic that he was able to make it happen.”