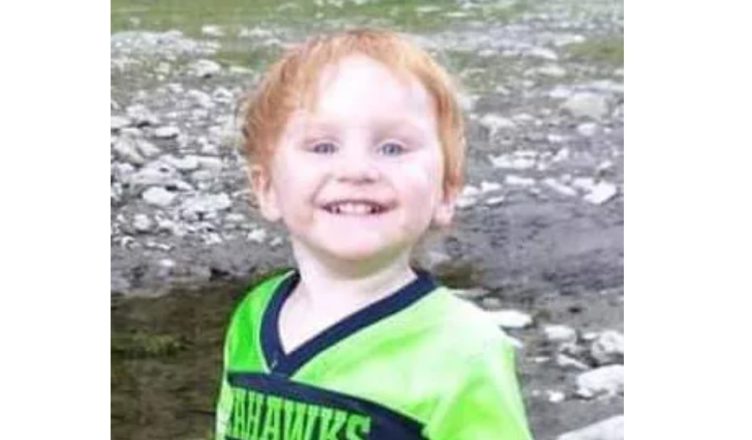 Ryker Webb was found by search crews on Sunday. The Lincoln County Sheriff’s Office said he was “hungry, thirsty, and cold.”

A 3-year-old boy who had been missing for two days near his home in Montana was found “alive and in good health.”

A news release from the Lincoln County Sheriff’s Office said that he “was in good spirits and seemed healthy.”

The last time the boy was seen was Friday, when he was “playing with the family dog in the yard outside the home” on the east side of Bull Lake near the 18-mile marker on Highway 56, according to a post on the department’s Facebook page after Ryker was reported missing.

The sheriff’s office said that when deputies found the boy, he was “hungry, thirsty, and cold.” A volunteer ambulance from Bull Lake took him to Cabinet Peaks Medical Center so doctors could check on him.

Even though officials first said he was 4, Lincoln County Sheriff Darren Short told Today that he is only 3.

According to a news release posted on Facebook on Sunday, the LCSO found out about Webb’s disappearance just before 5 p.m. on Friday, when a “concerned neighbor” reported “a possible missing child in the Bull Lake area.”

KREM-TV reported that Sheriff Short said the boy and his father were “in the yard” when the father “went inside the house for a moment.”

When the father got home, he saw that his son “was gone.”

The sheriff’s office said that Webb had been missing for more than two hours when LCSO deputies and David Thompson Search and Rescue got the call.

Neighbors were given a Code Red Alert and told to “search their own properties and structures” for the missing boy.

Sunday’s release said that more than 50 people were “actively searching” for Webb when they heard that he might have been seen.

When looking for Webb, search teams also used all-terrain vehicles, “several drones and dog teams,” and “a boat unit on the lake,” they said.

On Saturday, two helicopters from the Montana Air National Guard and drones from Flathead County and the Spokane Police Department joined the search.

The search was hard from the start because of bad weather, according to the sheriff’s office.

“It was very hard to get the extra air assets into the Bull Lake valley because of very bad weather,” the department said Sunday. “There was rain, low visibility, and a low ceiling.”

The LCSO also said that the area was hard to search because it was full of “dense vegetation.”

The LCSO thanked more than a dozen agencies “and the large group of experienced outdoorsmen and families who responded from Sanders County” for helping to look for Webb.

The sheriff’s office also thanked the Halfway House, Stillwater Christian Church, Rosauers, “and many others” for giving Webb “meals and support” while he was missing.