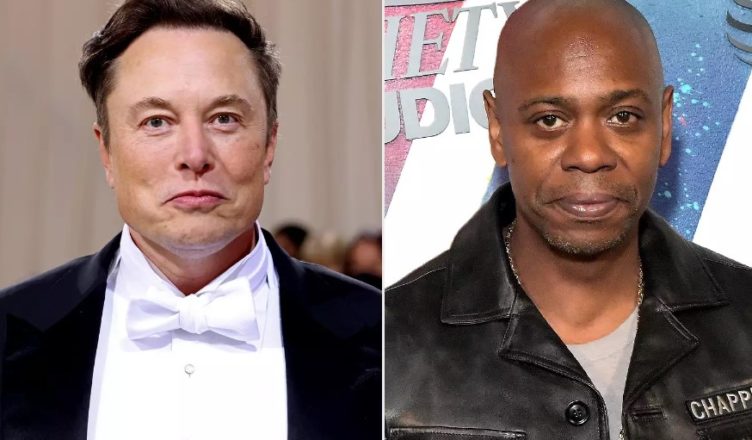 At Dave Chappelle’s stand-up show in San Francisco on Sunday, Elon Musk wasn’t given a warm welcome by the crowd.

The 51-year-old CEO of Twitter was met with both boos and cheers when Chappelle, 49, brought him to the stage during the event at the Chase Center, as seen in an NSFW clip on Twitter that has since been taken down.

Chappelle asked the crowd to “make some noise for the richest man in the world” as he introduced the billionaire.

Since buying the social media platform in late October, he has fired thousands of employees and kept getting into trouble.

“You didn’t think this would happen, did you?” Musk answered after hearing the mixed reactions of the crowd.

The comedian said, “It sounds like some of the people you fired are in the crowd.”

As people continued to boo, Chappelle went to one section and said, “I’m just pointing out the obvious: all these people who are booing have terrible seats in the stadium.”

CNBC says that the Twitter account that first posted the video has been suspended or deleted, but the video is still being shared on other accounts.

Musk tried to ignore the criticism by saying that only 10% of the people in the room were booing him.

“Still, that’s a lot of boos, which is a first for me in real life (but it happens often on Twitter),” he tweeted Monday morning.

But James Yu, a writer who was at the event, tweeted that “a good 80% of the stadium” was booing Musk. Several other people on Twitter said they heard the crowd as a whole boo the billionaire.

Musk has gotten a lot of criticism from the public in the past few months, especially for how he has run Twitter since he bought the company for $44 billion.

In addition to the layoffs mentioned above, some of which have led to lawsuits, Musk has been criticized for restoring the account of former President Donald Trump, the rollout of the new “Twitter Blue” verification system, the apparent rise of hate speech on the platform, and other things.

Recently, people have also been mean to Chappelle. Last month, the comedian was called out for spreading antisemitism when he talked about Kanye West’s comments in his Saturday Night Live monologue.

During his 2021 Netflix special, The Closer, the comedian was criticized for making jokes that were mean to LGBTQ+ people, especially transgender people.