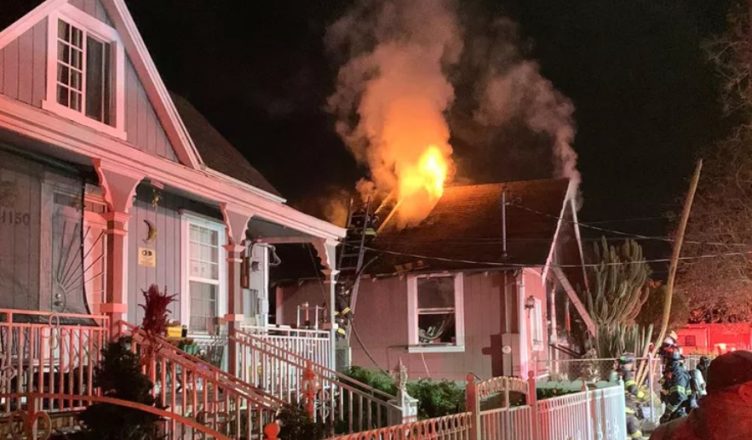 It was said that the Christmas tree hadn’t been watered enough, so it caught fire easily.

Two people were hurt in a house fire in California that started when an electrical problem seems to have set off a Christmas tree.

The fire on Lick Avenue sent one firefighter to the hospital with minor injuries, and a resident of the home was treated at the scene, the San Jose Fire Department said on Twitter.

Captain Peter Caponio of the San Jose Fire Department told KPIX that multiple calls about the fire came in around 4 a.m. on Tuesday.

“It looked like the fire started where the Christmas tree was, according to the people who live there,” he said. “The fire quickly spread to the rest of the house and up into the attic.”

The Mercury News said that after talking to the people who lived there, the authorities think the fire started when a faulty electrical outlet lit the dry Christmas tree.

Caponio told KPIX, “You need to be careful, especially when [Christmas trees] have been sitting for a while.” “They get cracked and can easily break.”

On Twitter, authorities said that four people and one dog had to leave their homes. The Mercury News said that three pets were still missing.

The National Fire Protection Association says that more than one in four home Christmas tree fires are caused by electrical problems. Of those, one in four is caused by a heat source that is too close to the tree.

Before putting the tree in a tree stand, the NFPA says to cut 2 inches off the base of the trunk and make sure it is at least 3 feet away from any heat sources, such as fireplaces, radiators, candles, heat vents, or lights.

The tree stand should also be filled with water every day so that it doesn’t dry out.