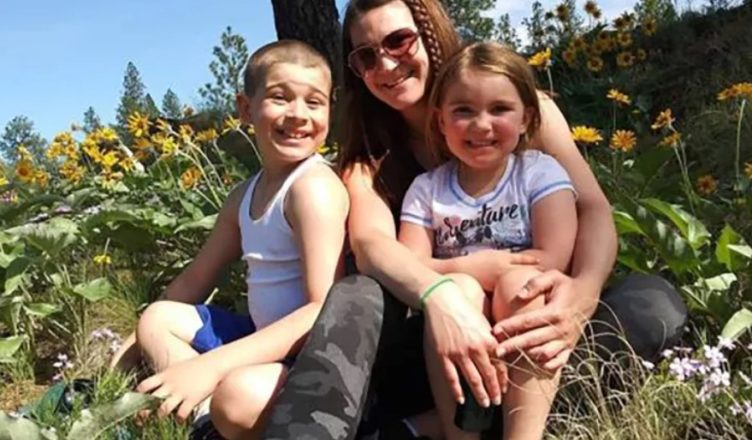 The fire was caused by incense that was burning too close to the family’s Christmas tree, according to fire officials.

Two kids in Spokane, Washington, had to jump out of a third-story window when their Christmas tree caught fire.

The City of Spokane Fire Department says that the two-alarm fire broke out at the Regal Ridge Apartments in the South Hill neighborhood on Tuesday morning.

Officials from the fire department told NBC affiliate KHQ-TV that the fire started because incense was burning too close to the family’s real Christmas tree.

Kevin Hulme, the children’s father, was not in the apartment when the tree caught fire, according to reports.

When his wife Kristian saw the fire, she ran outside to get help from her neighbors but couldn’t get back in.

KHQ-TV said that the couple’s 9-year-old son Kaiden pushed his 5-year-old sister Kinsley out of a third-floor window, where she was caught by people below.

The boy then jumped out of the window, but The Spokesman-Review says he fell through the hands of people who tried to stop his fall.

Trevor Main, who runs the apartment complex, told the newspaper that it was scary to see him fall headfirst. 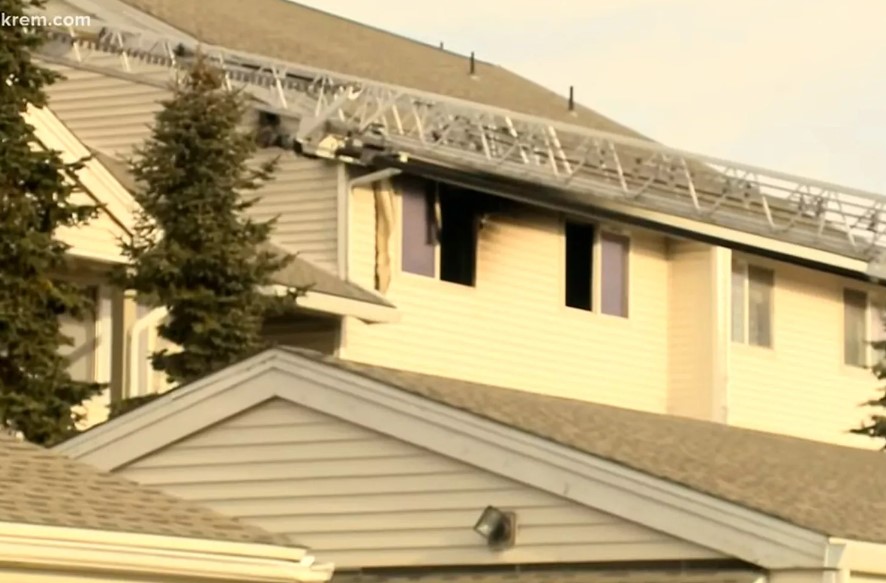 “I’m glad I didn’t say, ‘Someone else has it, someone else will take care of it,'” he said. “It was cool to see how everyone came together, especially during these hard times.”

Kaiden was reportedly taken to a local hospital with injuries that were not life-threatening.

Julie O’Berg, deputy chief of operations for the Spokane Fire Department, told The Spokesman-Review that the fire was limited to the Hulmes’ apartment.

However, smoke and water damaged at least three nearby apartments and forced 16 people out of six homes that might have been damaged.

As soon as the fire happened, a GoFundMe page was set up to help the Hulme family. As of Tuesday night, more than $4,000 of the $10,000 goal had been raised.

“On the morning of December 8, 2020, Kevin, Kristian, and their kids Kaiden, 8, and Kinsley, 5, lost everything in a fire at their apartment,” the page says.

“They had to escape through a window on the third floor, and the fire department could only save a few pieces of clothing.”

“They will need help starting over,” says the next part of the description. “Please pray for the people who were hurt and think about donating in any way you can.”