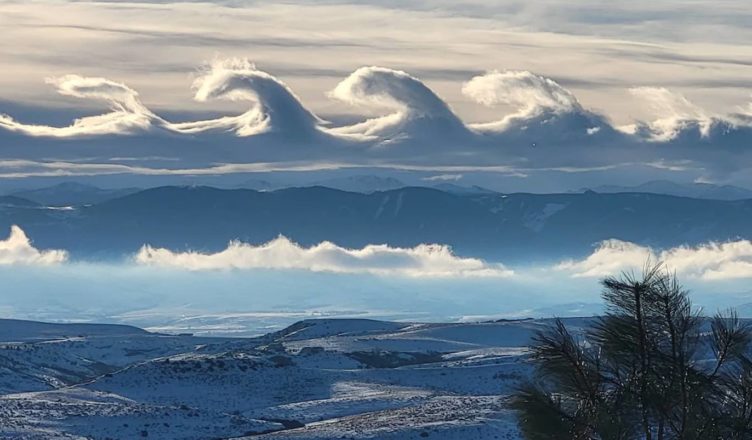 The most incredible illustration of the ways in which the atmosphere may change was witnessed a week ago in Wyoming, as massive cloud waves resembling ocean waves passed over the Bighorn Mountains.

This spectacular sight was shot by photographer Rachel Gordon, who then shared them on the Wyoming Through The Lens Facebook group.

The scene is a textbook example of “Kelvin-Helmholtz Instability,” which can be found in physics textbooks.

The difference in air density that exists between the various layers of the sky is what causes KHI.

In this particular instance, the KHI was most likely caused by the sun heating pockets of air between mountain saddles, which then climbed fast into both cooler air and strong winds.

Gordon wrote in the conversation that everyone in the group ought to experience “this amazing phenomenon.”

According to an article published by the Washington Post, wave clouds originating from KHI are not unusual, but they do not last long. There aren’t many examples as flawless as the one that Rachel captured on camera.

Another member of the group managed to record a time-lapse video of their movement, in which it is possible to observe how they maintain their shape even as they move over the horizon, resembling waves that are about to crash into the coast.