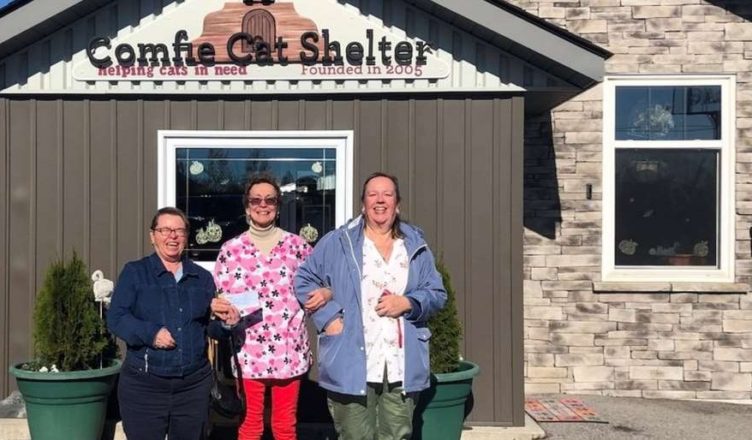 JoAnn MacQueen and Marlisa Mercer are best friends who played the lottery together and won a million dollars.

Immediately after the win, they chose to keep the positive energy going by giving out a significant amount of the money to the community.

The local news in their hometown of Orillia, which is located in the province of Ontario in Canada, states that they have given substantial donations to a number of organizations that are doing important work in the community.

First and foremost, MacQueen narrates the moment that she scanned her ticket at the Lotto Max machine at her local Shoppers Drug Mart.

They gave donations of varying amounts to organizations that MacQueen’s brother, who passed away not long ago as a result of alcoholism, might have visited at some point during his life.

These organizations included Soldiers’ Memorial Hospital, the Orillia SPCA, and the Farley Foundation, which is a charity based in Ontario that assists low-income pet owners in taking care of their animals.

In addition, they made contributions to organizations such as the Salvation Army, the Orillia branch of the Royal Canadian Legion’s poppy campaign, Mariposa House Hospice, the Comfie Cat Shelter, and the Sharing Place Food Center, which works to ensure that economically disadvantaged people have access to food that is high in essential nutrients.

Chris Peacock, the executive director of the Sharing Place, was quoted in the local news as saying that the organization’s volunteers are “totally focused on how can they contribute to make this community a better place through this win.”

It’s not often that someone wins a million dollars and immediately sets their sights on using that money to help others and make their town a better place.

The donation of $10,000 that was made to the Comfie Cat Shelter ranks as the fifth largest in the annals of this no-kill shelter’s existence.

According to Orillia Matters, the couple intends to take care of some home improvements in addition to dividing what’s left of the money among their relatives and close friends.