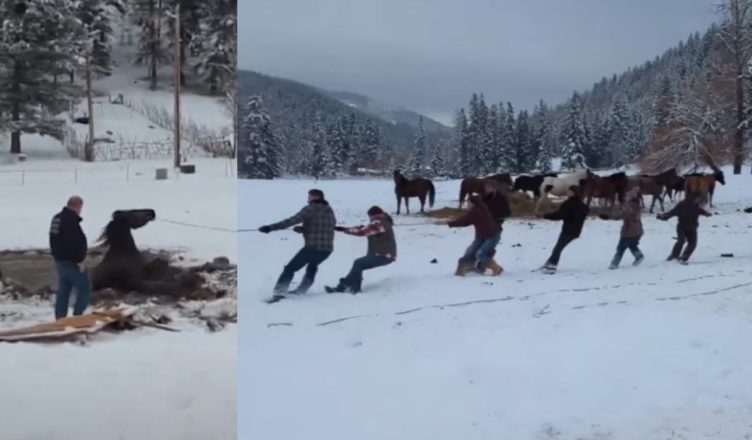 To save four horses that had fallen through an icy pond, a group of concerned citizens, emergency personnel, and officers from the local animal shelter toiled for several hours in subzero temperatures.

After falling through the ice and becoming trapped up to their necks, four horses were found in the vicinity of Patrick Creek in Montana, and the South Kalispell Fire Department was dispatched there to assist.

A video that was posted by Amber Countryman shows the repeated unsuccessful attempts to get the horses out of the ditch. 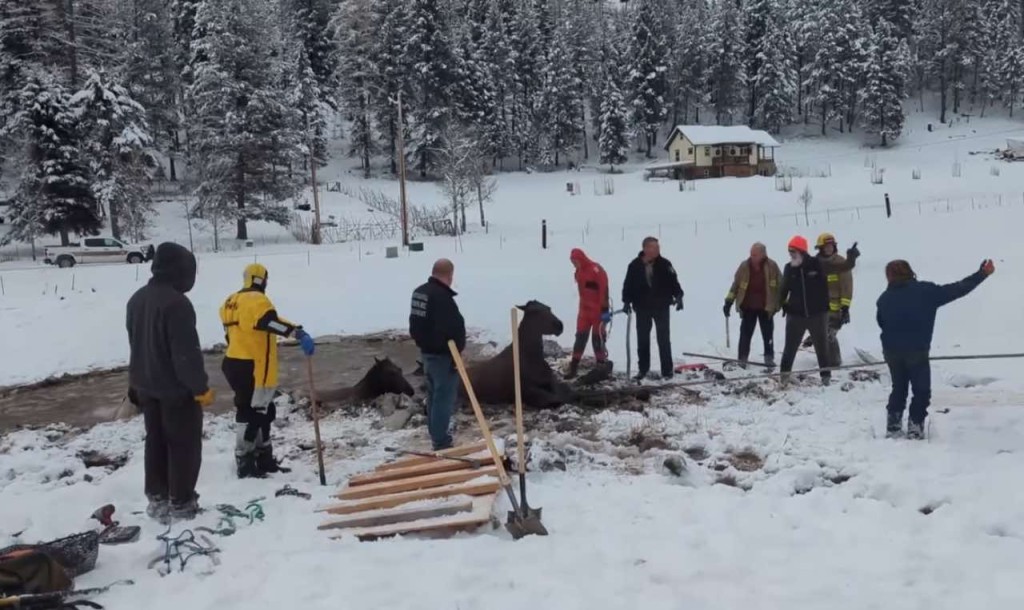 The attempts continued until the rescuers eventually pulled in a tractor, which provided them with some additional “horse power.”

The horses were freed thanks to the concerted efforts of twelve individuals, which included firefighters, members of the Flathead County Animal Control personnel, and neighborhood residents.

They began by attempting to construct a ramp out of pallets and other pieces of wood by fashioning makeshift pontoons out of the materials.

They then attempted to pull one horse out of the water by using a long rope, being careful not to break any of the animal’s legs in the process, but they were unable to entirely release the animal from its predicament.

A harness that was hooked to a tractor was ultimately successful in securely removing all four horses from the area.

They were all brought together and treated at a veterinary clinic after being transported there.