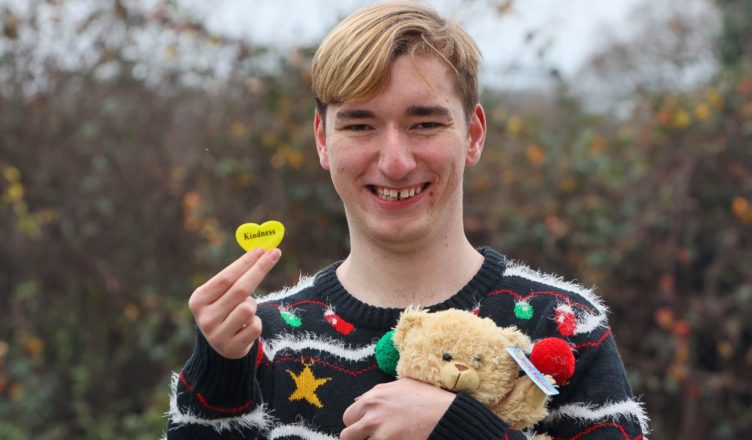 Meet the young person who has helped over 2,000 people and raised over $53,000 by performing an act of kindness at random EVERY day from the start of the pandemic.

During the initial pandemic lockdown, 18-year-old Sebbie Hall observed that some people did not have the technology necessary to communicate with their friends. This inspired him to begin his goal of charitable giving.

The altruistic young man wanted to give his iPad to a close friend, but his mum, Ashley Hall, suggested that he could instead assist other people in acquiring the things they require.

After that, Sebbie, who has difficulty both physically and intellectually, made the decision to organize a fundraiser to help disabled or vulnerable youngsters avoid the sense of being isolated.

Since then, he has helped random people in over 2,000 different ways, which has resulted in his raising tens of thousands of dollars and continuing to do so.

His kindness, which has been praised by the Prime Minister of the United Kingdom, includes the distribution of stuffed animals, flowers, and even lottery tickets to strangers on the street.

Additionally, Sebbie has established an arts cluster in addition to a charity that helps disadvantaged or vulnerable youngsters.

The selfless individual who is always giving has been honored with a number of accolades for his initiative, and earlier this month he accepted an invitation from the Duchess of Cambridge to attend a royal carol service held at Westminster Abbey in London. 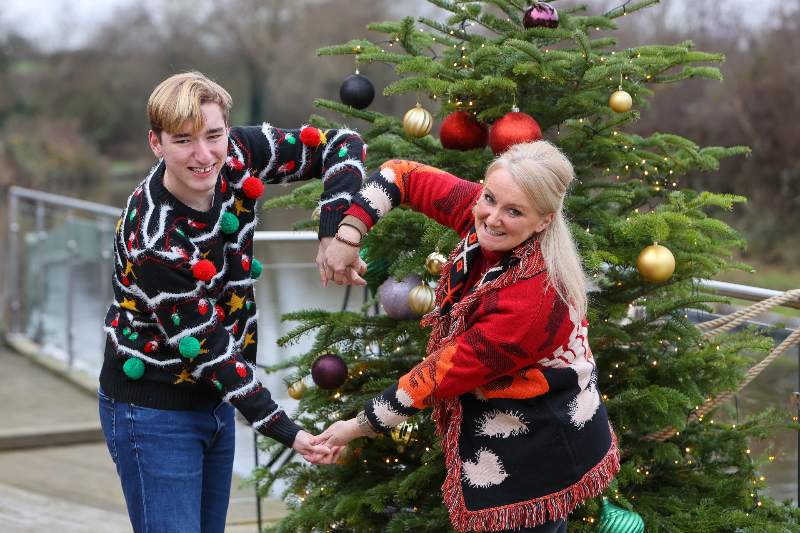 Sebbie, who is from Lichfield in England, explained that his goal in life is simply to make other people happy.

Mom Ashley shared that Sebbie’s confidence has been significantly bolstered as a result of the good responses he has received for his acts of kindness, which has enhanced his ability to communicate verbally.

The chromosomal change that was detected in the adolescent when he was one years old is the root cause of his problems.

“It’s almost as if he’s causing a beautiful wave to spread out from himself. It’s a wonderful thing. The sum of money is significant, and as a result, he has been able to effect genuine change.

The 16th of March, 2020 marked the beginning of Sebbie’s charitable endeavor. The inaugural challenge consisted of completing 10 sponsored acts of kindness each and every day for a period of 10 days with the goal of raising £1,000 (about $1,300) for charitable organizations.

Ashley shared that “at the end of the 10 days, he purchased this friend a device; however, because he enjoyed seeing other people smile, he then wanted to continue.”

Since that time, some of his acts of kindness have included distributing Easter eggs, watering people’s plants, filling bird feeders, and taking people’s garbage cans outside.

In the past few months, he also participated in nine runs of two miles each during which he distributed roses to strangers who jogged alongside him in support.

Following Halloween, he went about collecting abandoned pumpkins and delivering them to a food bank so that they might be made into pies and soups.

In addition, during this Christmas season, Sebbie delivered the presents that were generously donated to eight different houses that are housing children who are in need.

In addition to that, he hung up cards and gave the families that lived on the street reindeer food that was prepared from oats and edible glitter.

In addition, over the course of the past 17 months, he has provided financial support to enable 300 families to get adapted information technology devices and has supported a disability rugby team.

Sebbie expressed that she considers herself fortunate to be able to go out and interact with a large number of children.

The young man has been chosen as a recipient of the World Compassion Award, and he is in the process of establishing the Sebbie Hall Kindness Foundation, which will allow him to carry on his acts of kindness on an annual basis.

When Sebbie was identified with a chromosomal abnormality, Ashley shared that she and Sebbie’s father, Craig Hall, were given the grim prognosis that it was highly unlikely that their kid would ever walk, talk, understand things, or even sit up.

She made the statement, “Sebbie continues to show that it’s worth continuing on striving: never give up.” Everyone has potential, and some of the time we can even exceed that potential.

However, he stated, “It’s not about words; it’s about kindness.” [Citation needed]

This is the location where contributions can be made to Sebbie’s upcoming fundraiser.