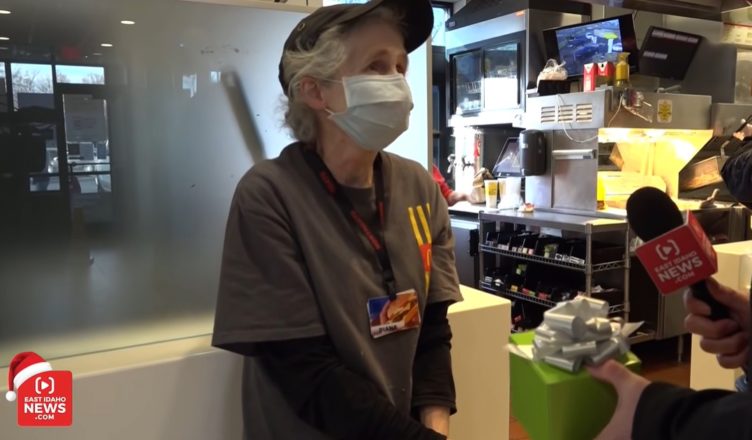 This year, a guy in Idaho is serving as a real-life Secret Santa by donating more than half a million dollars to people in the community who warrant a little bit of extra thoughtfulness over the holiday season.

Because the individual who is giving away more than half a million dollars to other people prefers to remain unknown, the staff at East Idaho News has been lending a helping hand to distribute the gifts that he has donated.

The following is the tale of the lady who landed the very first spot on this Santa’s “nice” list:

Diana Boldman, who is the grandparent in question, is 65 years old. Both she and her husband, Cameron, get up at an ungodly hour every day to deliver newspapers all across the city of Idaho Falls, where they make their home.

They have to travel through a significant portion of the city in a van that has already racked up about 240,000 miles of mileage in order to complete the journey.

After completing her shift at the newspaper delivery route, Diana then makes her way to McDonald’s, where she works a full-time job, to work a shift.

Her goal is to be able to retire in a few years, but in the meantime, she needs to continue working because Cameron is on disability, and it is up to Diana to make ends meet for the two of them.

When Idaho’s Secret Santa learned about the predicament that this couple was in, he had little trouble deciding which Christmas presents would be the most appropriate for them to receive.