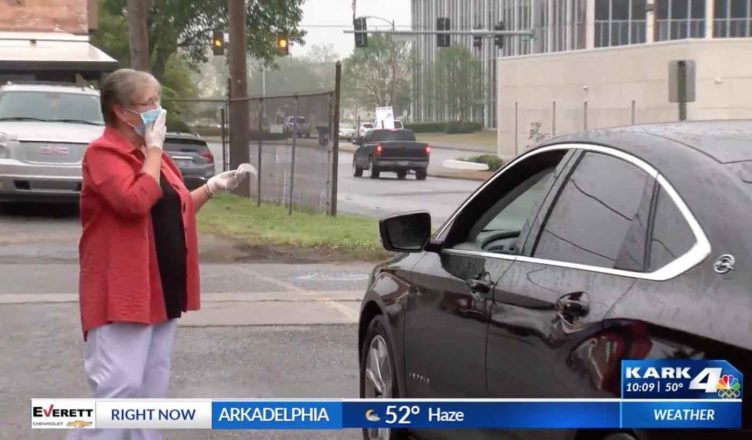 This Arkansas steakhouse has been struggling to make ends meet, just like so many other small businesses that are being forced to adapt to social restrictions in the midst of the novel coronavirus shutdowns.

Thankfully, one of their regular customers has provided them with a much-appreciated financial windfall, which will help them make ends meet.

The Colonial Steakhouse restaurant in Pine Bluff has managed to stay open despite the difficulties of remaining open during the COVID-19 shutdowns by maintaining a team of four employees to offer curbside pickup for three days of the week. This has allowed the restaurant to continue serving customers.

The employees at the restaurant were taken aback by the size of the tip that one of the company’s frequent customers left for them after they picked up their takeout order the previous week.

The customer gave the Colonial Steakhouse a tip of $1,200, which was the entirety of the customer’s stimulus check that had been given by the federal government to alleviate some of the financial burden caused by the pandemic.

According to the manager of the Colonial Steakhouse, Allison Hall, who was interviewed by KARK News, “We just started crying and thanking God because it came at a time that most of our crew really needed it.”

Hall continued by saying that despite the fact that business has been slow at the restaurant, they are prepared to reopen whenever the opportunity presents itself. However, until that time comes, they are overjoyed to be the recipients of such a kind act of generosity.