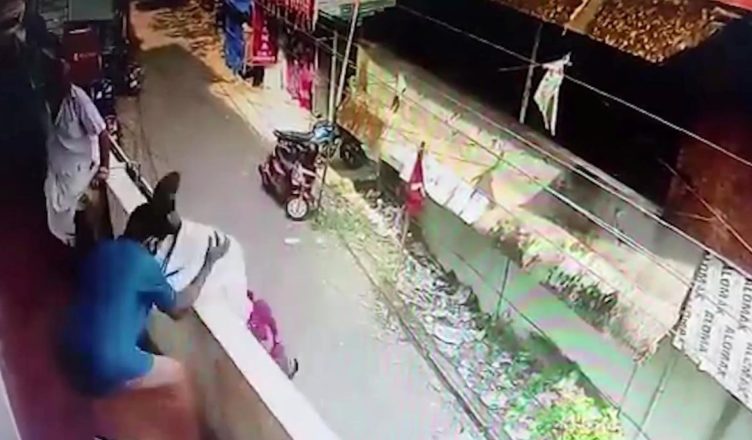 On the second-floor balcony of a bank in Kerala, South India, CCTV footage shows a group of men lined up to receive their labor pensions. The footage originates from India.

In the footage, one of the males can be seen slowly rocking back and forth before slumping backwards and falling off the concrete balcony ledge. This occurs just before the man is seen falling.

A passerby who was fast-thinking and quick to respond leaps into action and grabs his foot as he is falling.

The unconscious man can be seen being helped by others who eventually drag him away from the immediate danger to where he is now safe.

After that, the individual, who was well-known in the region as Binu, was sent to the closest hospital.

It has been stated that he did not receive any injuries and is presently safe, with his blackout having been triggered by a medical crisis for which the cause cannot be explained.