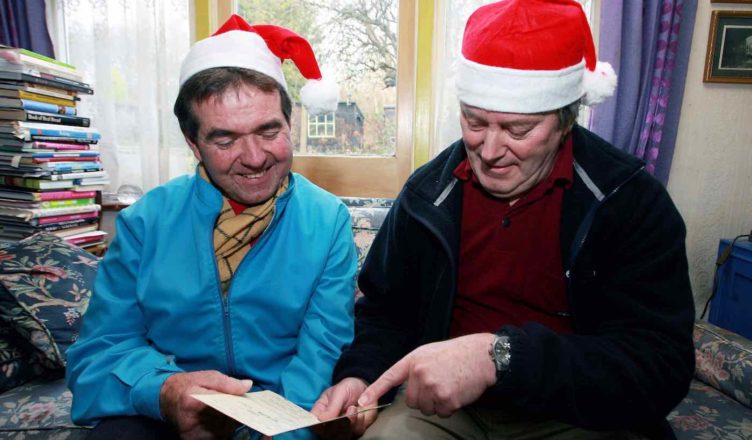 Since they started exchanging Christmas cards more than four decades ago, two retired employees of the Royal Mail have been sending each other the same card every year. However, because the card has grown so valuable to them, they no longer send it in the mail for fear that it may be lost.

Raymond Pearson, age 78, and Steve Ford, age 59, take turns delivering their holiday greeting or adding a fresh message to the card every December. Raymond delivers the greeting first, then Steve writes the message.

The comments that they have included throughout the years typically consist of jokes, creative rhymes, and jibes about saving money, such as “Over to You in ’92” and “The Saving is Mine in ’79.”

According to Pearson, who hails from Stourbridge in the West Midlands, “each year, it is a little message, and we try and think of something rhyming.” This year, it’s been really strange, but that’s Steve for you.

The text reads, “It’s Christmas time 2019, the card is making news, may your year be full of tidings bright and devoid of any blues.”

Their peculiar custom was established in 1975 when Pearson wrote a holiday greeting to Ford and included it in an envelope. 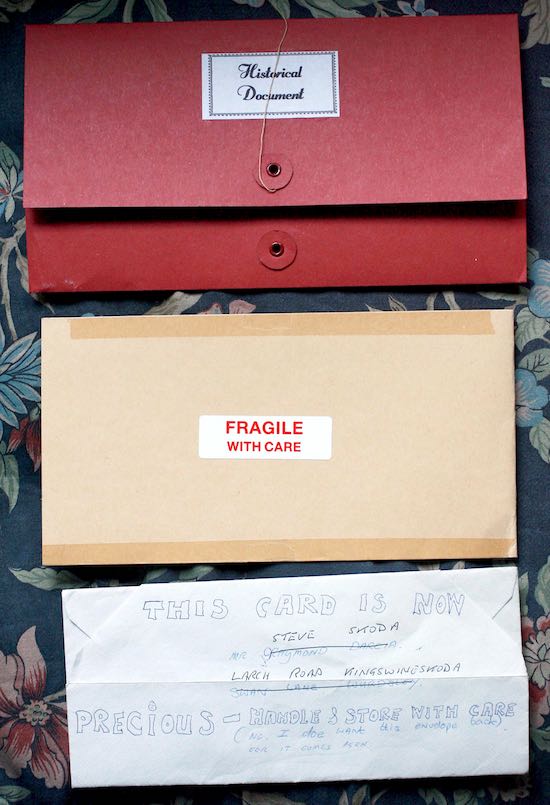 “We both had previous employment with the Royal Mail,” Pearson explained. “In the year 1975, Steve was a cadet and I worked in personnel.

Since we shared passions for movies and motorbikes, I thought it would be appropriate to send him a Christmas card.

However, instead of hanging it on the mantle, Ford came up with the brilliant idea of sending it in the mail to Pearson as a practical joke.

“The following year, he sent it back to me, and at that point, I thought, ‘we are going to play dumb beggars, are we?’ and delivered it to him once more.”

The group of friends had no idea at the time that they were laying the groundwork for a tradition that would be carried on every year at Christmas for the following 43 years.

They both worked for the Royal Mail for many years before retiring, but they always insist on hand-delivering the worn-out card instead of sending it in the mail so that it won’t be lost or damaged in transit.

He continued by saying, “Once we started, we had no choice but to keep going.” “We really didn’t give any thought to the fact that we would be doing it for 43 years.” We just kept on doing it.”

Ford, who is originally from Kingswinford, explained his reasoning as follows: “I simply thought it’d be interesting to save, show it to him next year and see his expression, if he remembers the card – and then the swine returned it back to me.”

“We are running out of space to write on the inside of the card, and it’s possible that next year we may be on the back cover.”