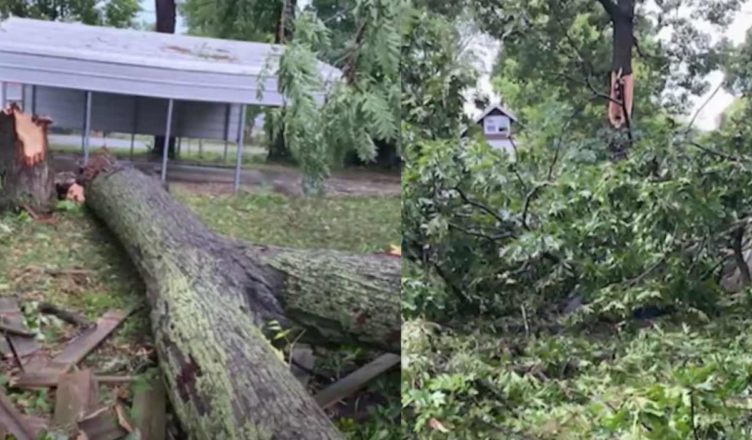 After a derecho wind storm pounded the area with gusts of up to 100 miles per hour the previous week, the Roosevelt High School football team came to the aid of a guy who was paralyzed and his family.

Ray has been paraplegic for many years, and his two sisters in Des Moines, Iowa, are the ones who take care of him.

When four enormous trees fell onto his land, demolishing a privacy barrier, the ladies contacted some old acquaintances to inquire about the possibility of borrowing a chainsaw.

The response was that you required something more than just a chainsaw.

Instead of that, Doug Applegate brought in some Top Guns, which turned out to be thirty players of the Rough Riders football team.

The teenagers used chain saws and their own muscle to clear the yard of tree limbs, some of which were more than 24 inches in diameter.

This took them less than three hours to accomplish. The fence was also fixed and reinstalled after being removed.

According to Jackson Neary, a high school senior, who spoke with KCCI News, “That’s just exactly what people in Iowa do, we help each other out.”

When Ray’s sister Janice Love attempted to express gratitude to the group after the cleanup was over, she became overcome with emotion and broke down in tears.

But Ray was prepared and knew exactly what to say: “Go, Rough Riders!” he yelled in a low voice while wearing a wide smile on his face.