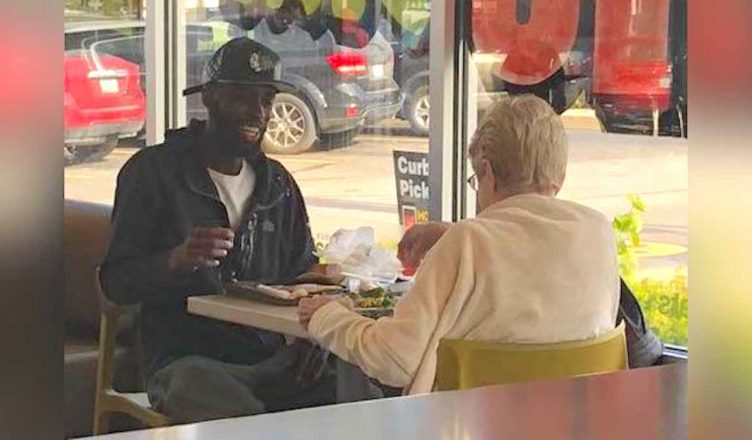 This unusual pair is a great illustration of how even total strangers have the potential to become friends with one another.

28-year-old The week before last, Eric Haralson went to a McDonald’s in Noblesville, Indiana, with the aim of eating breakfast by himself. However, as luck would have it, Jan was also there at the same time.

Jan, a woman who is 70 years old, went up to Haralson at the restaurant and inquired as to whether or not she might sit down with him and eat breakfast. Haralson responded with a resounding affirmation of yes.

The next half an hour was spent by the two of them taking pleasure in one other’s company and sharing stories about their own lives.

At the conclusion of their time together, Haralson walked her to her vehicle, and then they swapped numbers with the aim of getting together for breakfast once more in the near future.

When asked about his new companion, Haralson remarked to TODAY Food, “She is a beautiful woman.” “She emphasized numerous times the need of showing love to one another,” And how we shouldn’t pass judgment on anyone since you never know what someone else is going through or how their day is going to go.

Haralson did not discover until much later that there was a photo of him and his new acquaintance posted on Facebook.

Amanda Marquell Craft, a school teacher, had taken a picture of their interaction and posted it on social media so that she could commend him for his compassion. The image ended up being shared thousands of times by other people.

“Big ups to this person right here! According to what Craft wrote, an older woman who “seemed to be a little lonely” approached him and inquired as to whether or not she might sit with him.

“My companions and I watched as he approached her and shook her hand before introducing himself. They behaved as though they were buddies by talking and laughing together.

They were very different people, and they had no prior knowledge of one another. However, they sat down to a dinner together today, which brought a tear to our eyes.