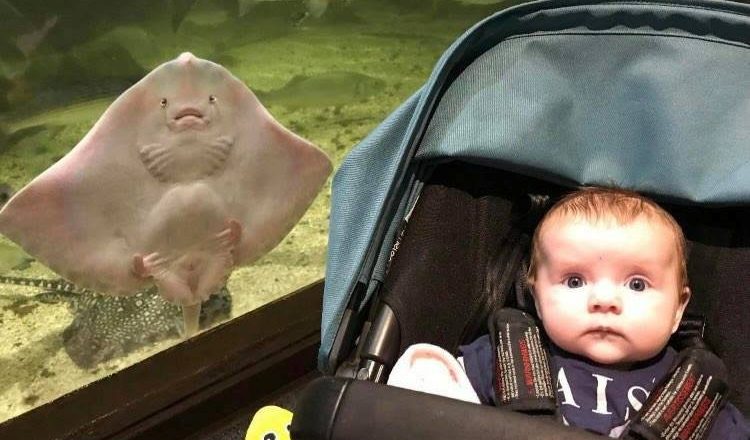 The funny photobombing of a mother’s photo by a confused stingray who was pulling the same same face as her infant daughter was captured on camera.

Wendy Armstrong, who is 41 years old, takes her two young daughters, Aurora, who is two years old, and Daisy, who is six months old, for a day trip to the Lake District Coast Aquarium in England on a regular basis.

During one of her visits, Wendy observed that a stingray was showing an unusual amount of interest in Daisy… and that both were portraying the same despondent expression with their faces.

Daisy has reportedly been a very serious baby, according to Nurse Wendy and her husband, Mike Armstrong, who works at a power plant.

When I noticed that they were both making the same pitiful face expression, I burst out laughing and snapped a shot on my phone.

“I had my phone out at the time. Thank goodness, Daisy is feeling much better these days!

Daisy, your ability to make so many people laugh and smile is greatly appreciated.