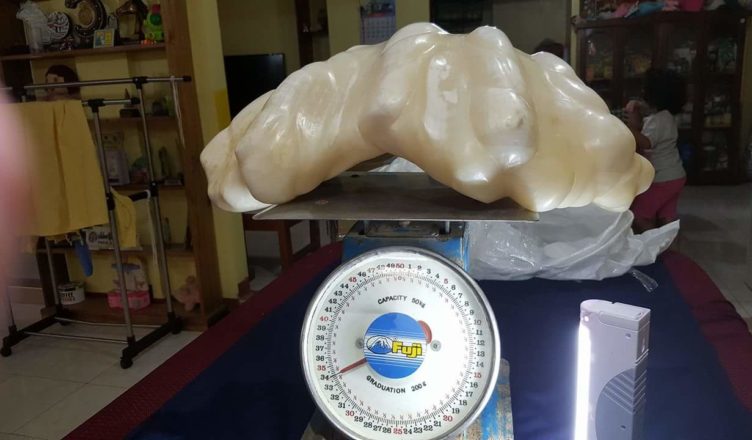 A house fire in the Philippines made a fisherman feel bad about his luck. He had to get rid of his things and move, but a good luck charm he had kept under his bed changed his life.

When the man’s anchor got stuck on a rock 10 years ago off the coast of Palawan Island in the Philippines, he was able to fish out a huge pearl from the water.

When he was forced to sell it, a shocked tourism agent in Puerto Princesa told him that the 77-pound gem he had kept hidden in his old wooden house was probably the biggest pearl in the world.

The Lao-Tzu Pearl is on display at the Ripley’s Believe It or Not! museum in New York City. It only weighs 14 pounds, which is five times less than the gem that the fisherman just brought in.

Aileen Cynthia Amurao, who works in tourism for the city of Puerto Princesa and is related to the fisherman, says that the Gemologist Institute and other international authorities will check out the huge prize before it is put on display to hopefully bring more tourists to the small town.