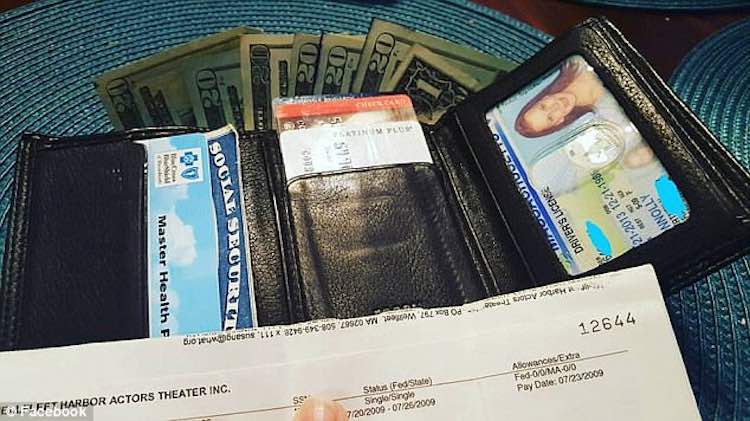 In 2009, Courtney Connolly’s wallet was stolen from her car while she was doing a summer internship. It had $141 in cash, her social security card, and her ID.

Now, 8 years later, the owner has gotten it back in one piece.

Someone gave the wallet to a Boston police officer on Monday, and the officer used a pay stub inside to find Connolly’s address.

The officer then took the wallet to the house of Connolly’s sister-in-law. When she heard that her things were being given back to her, she was shocked.

No one had used, touched, or taken anything. Even the note that was taped inside the cookie and said, “Soon you will hear good news,” was still there.

The timing is perfect for Courtney, who works as a nursing student and hasn’t had enough money to enter a powerlifting competition she really wanted to do.

She had been looking for her wallet for a long time. When she found it, she found the exact amount of money she needed to enter the competition.