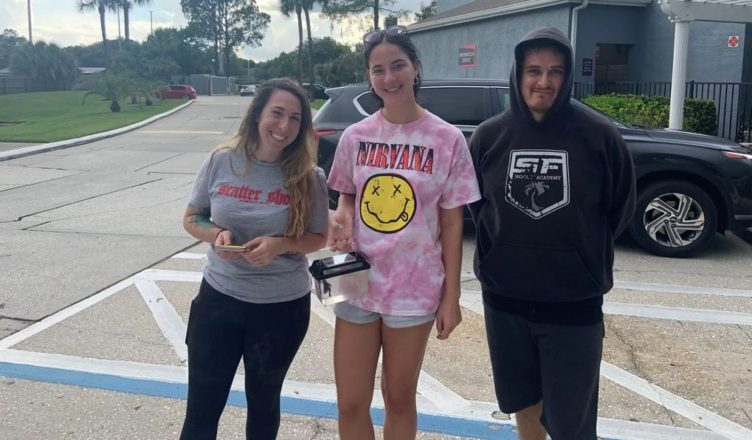 When a passenger was told she couldn’t bring her fish on board, two Southwest Airlines workers stepped forward to be the creature’s foster parents.

Kira had planned to bring her beta fish Theo home with her from her first year of college, but she was told they couldn’t make the trip.

So that she wouldn’t have to miss her trip, Southwest agent Ismael and his fiancee Jamee volunteered to take care of the fish.

When the COVID-19 epidemic ended, the AIRLINE-22 pandemic began, causing summertime air travel difficulties on par with any in history.

Even though Twitter is full of accounts of passengers’ bad experiences at airports, Southwest used the summer months to tweet about the kindhearted agents who brought Theo the fish home and even purchased him a new bowl.

Kira texted “Airport Fish Taker” on July 31 to see how Theo was doing. Ismael, the fisherman, thought he was fantastic.

For four months, Ismael and Jamee fed and watered the fish before bringing them back together in Tampa. Kira, who is now a sophomore, presented the agents with a gift card as a token of her appreciation.

There have been numerous accounts this year of airline staff members (from ticket agents to pilots) going out of their way to calm down anxious passengers.

In July, GNN reported that a 6-year-old girl lost her tooth on a journey to South Carolina, and when she realized she couldn’t return to the plane to seek for it, the captain wrote her an official letter to the Tooth Fairy.

Mother Laura posted about the experience on social media as a welcome diversion from “a world of horrible airline stories.”