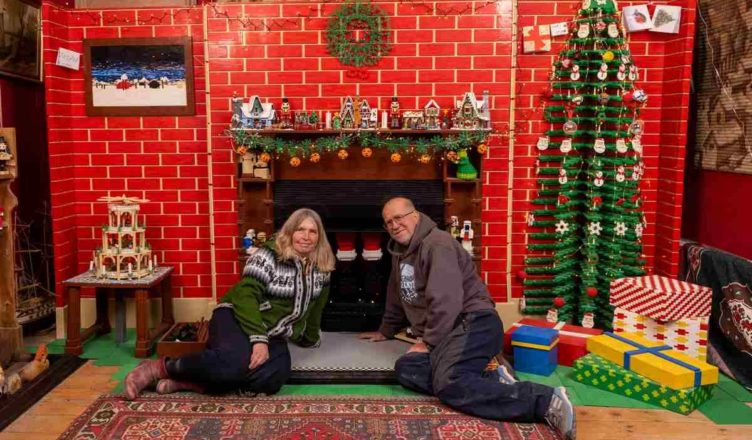 A LEGO-obsessed couple brought some holiday pleasure into their home by building a complete wall, fireplace, and tree out of the plastic bricks.

Every year for the past 28 years, Mike Addis and his wife Catherine Weightman have created incredible LEGO creations to decorate their home for the holidays.

Among their previous works are a 21-foot London Bridge and a 12-foot copy of Ely cathedral.

Their Cambridgeshire home’s addition project served as inspiration for a LEGO recreation of their living room, which included a tree, holiday decorations, and a fireplace with Santa’s feet jutting out. 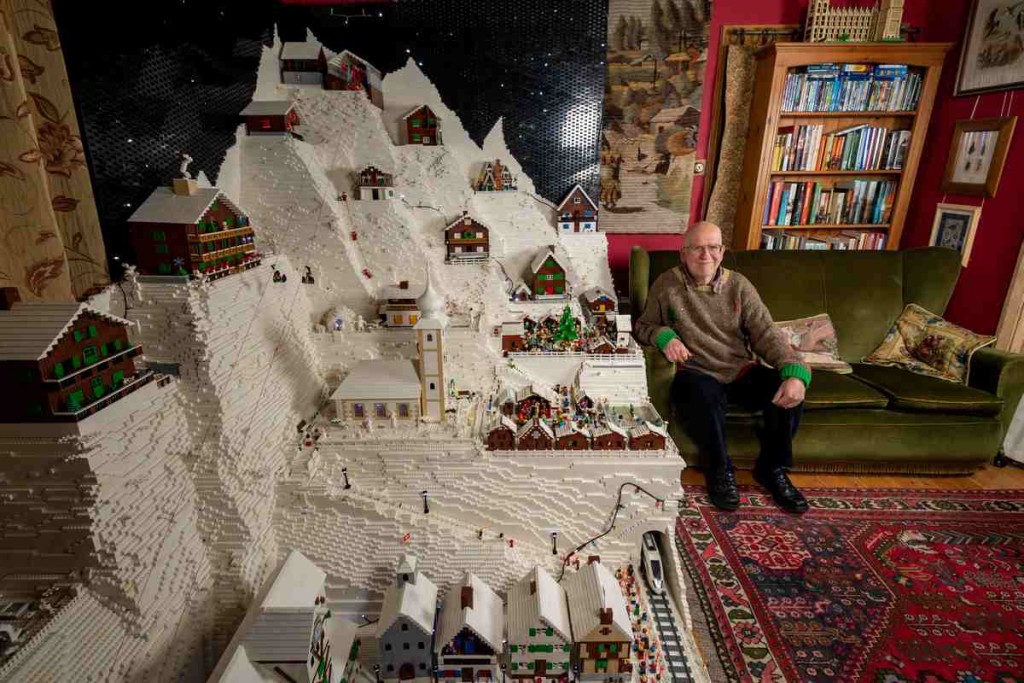 In addition to the tremendous ingenuity required to make the piece, the energy expenditure involved in piling bricks all evening has had the additional benefit of lowering their heating costs.

Addis stated that they spent two to four hours on average per evening for a total of four weeks working on it.

Adids put it best when he remarked, “It’s quite a social affair and it keeps us warm too.”

“You wouldn’t think turning off the heat would help with something like LEGO construction, which doesn’t need a lot of movement,” she said.

Everything involves “going up and down and playing around with the components.”

“I can’t believe we haven’t needed to turn on the wood burner once, and we’re toasty warm, even with the temperature outside being in the single digits!”

There were probably around 400,000 pieces utilized in total, with many of those required to ensure the ‘brick’ wall’s integrity.

The Christmas tree was Mike’s biggest challenge this year, despite their many years of success in other areas.

The retired economics professor used this analogy: “Imagine trying to replicate the shape of a tree in square blocks.” 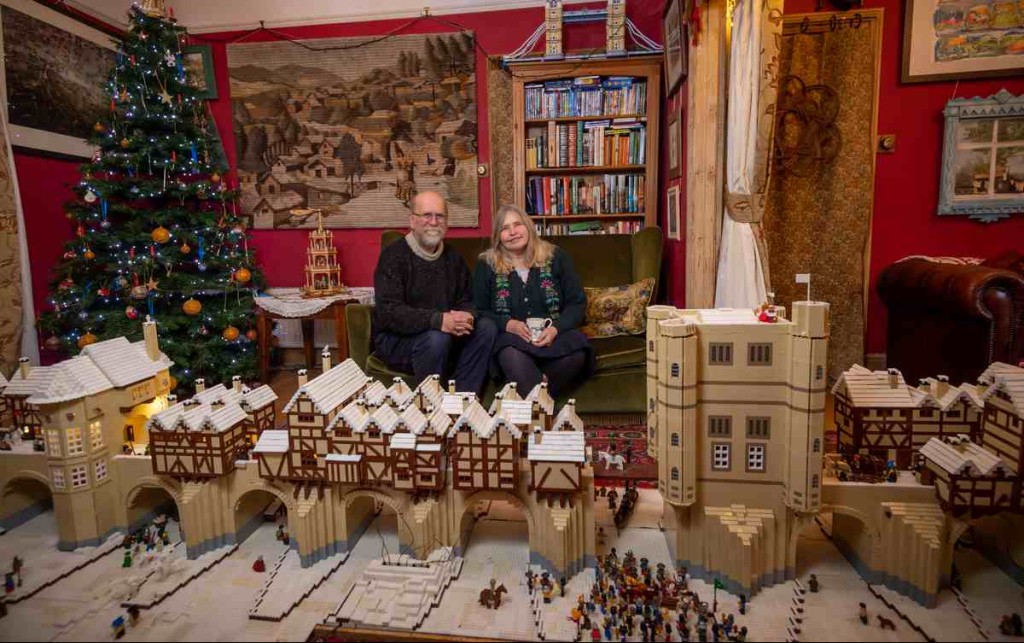 It had to be built into the wall so that it could stand vertically. The wall is extremely substantial and is fastened to our curtain rod.

The hobby began with the couple’s involvement with their children, who are now adults and allegedly too old for LEGOs.

Addis claims that the family’s annual tradition of include a photo of their latest LEGO creation in their holiday card has become an expectation.

We like doing it because it gives us the chance to work on something challenging from a technical standpoint. Compare that to just sitting in front of the TV and doing nothing else!

Each year in January, the couple throws a “take down” party where their friends with “high-pressure occupations” bring wine and food to help deconstruct the building over the course of several nights.