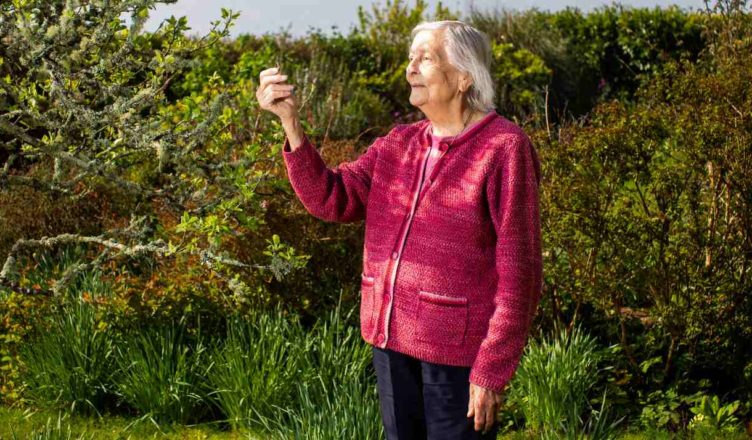 35 years after her late husband lost his wedding ring in their yard, a 90-year-old woman discovered it hidden behind an apple tree.

Ann Kendrick, whose late husband Peter passed away 22 years ago, recalled that in 1987, while working in the backyard garden, Peter lost his band.

On Saturday, April 23rd, the mother of seven found the ring while doing some cleaning at the base of an apple tree.

She exclaimed, “I’m so happy!” upon discovering the ring, and went on to say that her spouse would have been “just as shocked as her.” 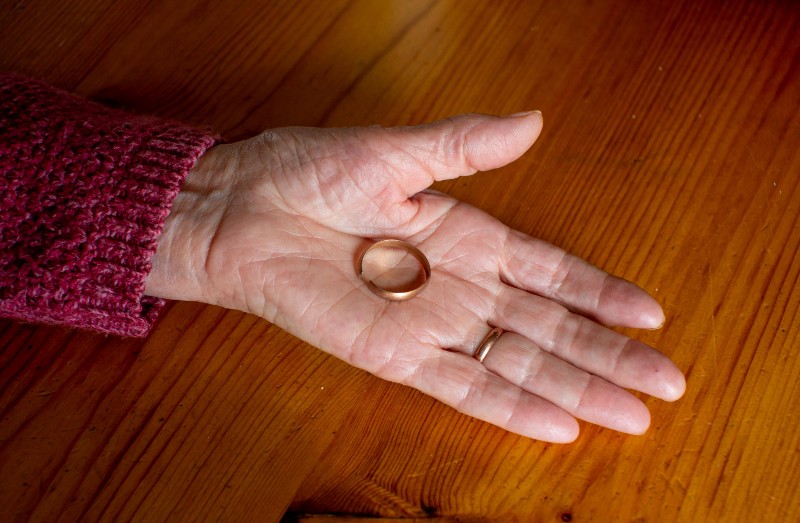 To Ann, the ring “appeared like a nasty piece of bent metal,” not a wedding band, which she expressed to the BBC.

As soon as I laid eyes on it, I knew it wasn’t real. As a matter of fact, I was giddy with delight. I got a little emotional while describing it to a buddy.

Bob Kendrick, Ann’s son and a chef, is 57 years old and lives in Dartmouth, Devon.

According to his account, “Mother was quite emotional and over the moon. He frequently misplaced items before, so this was hardly unusual.

Mrs. Kendrick has expressed her desire to have the ring restored so that she can wear it as a necklace in honor of her late husband.