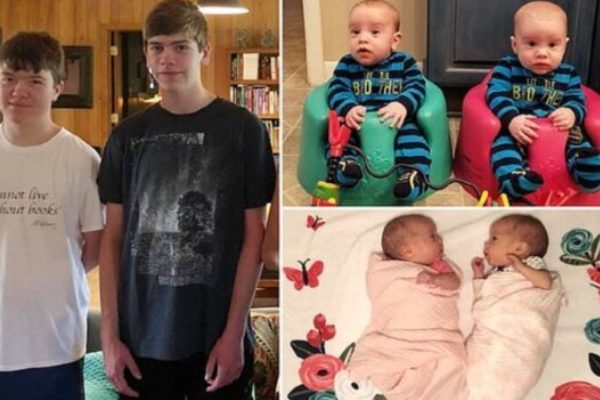 In the year 2000, Mary and Randy Johnson, who were already married, made the decision to conceive a child by means of artificial insemination.

They were able to produce up to 14 embryos that were viable. Two of them were implanted in Mary right away, and she was able to give birth to two cubs in a timely manner, while the remaining ones were frozen and waited.

After another 15 years, Mary and Randy’s embryos resulted in the birth of two additional pairs of twins each time.

15 years separated the births of three sets of identical twins that were conceived on the same day. 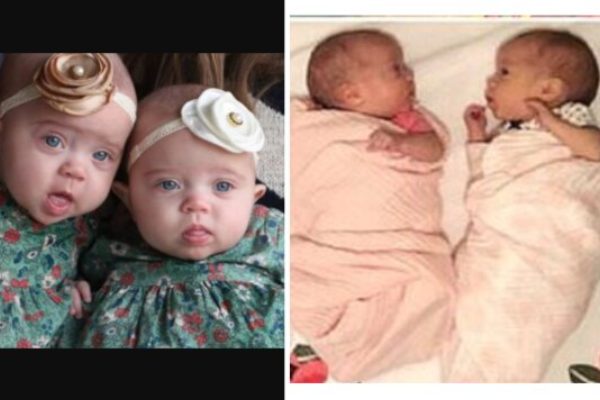 Mary from Bloomington, Minnesota was given a diagnosis of polycystic ovaries a long time before she ever met the man who would become her husband.

Mary was devastated to learn that her long-term treatment had been unsuccessful, and she had been given a diagnosis of infertility.

When Mary and Randy Johnson were married in 1996, they were both aware that the lack of children in their families would always make them feel like something was missing.

They made the decision to begin using artificial insemination in 2002.

The in vitro fertilization therapy was a tremendous success, as 14 of the embryos that were created were discovered to be viable. 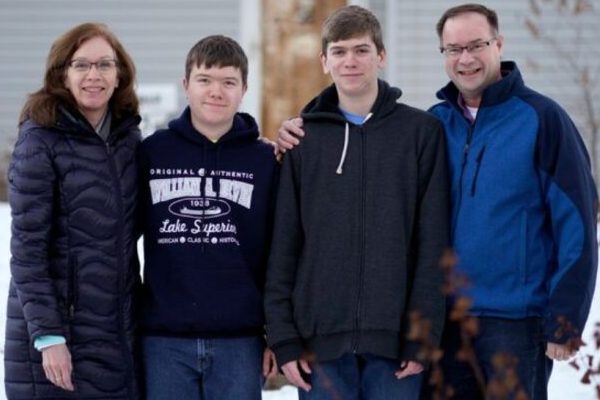 Almost soon, two embryos were transplanted into Mary’s uterus, where, to everyone’s relief, they successfully implanted and started growing.

The joyful woman gave birth to twins on June 11, 2003, and their names are Alex and Kurt.

Because Mary and Randy did not want to restrict their family to just two children, it was determined that the remaining 12 embryos should be frozen for the time being and stored in the cryochamber. 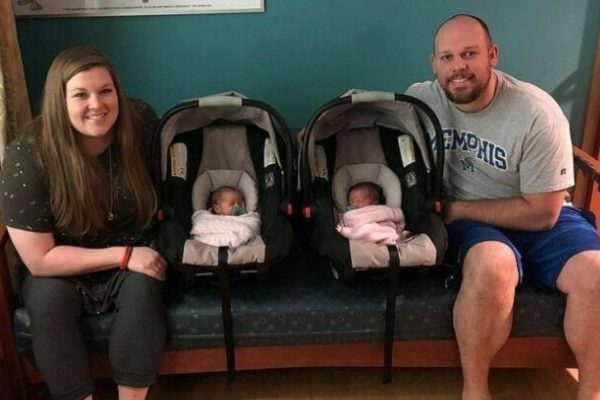 Unfortunately, following her successful delivery of Jesus, Mary was advised by her doctors not to have any more children.

Mary and Randy made the decision to give their 12 embryos to the National Embryonic Center in order to provide those individuals who were unable to have children any other option to become parents.

The sole request that Randy and I made of the professionals at the embryology center was that we be informed of who would receive our embryos in the event that they were transplanted.

And not just to know, but also to observe the process by which the new tiny ones will enter the world. Mary adds that eventually they will be our children as well as their own.

Jenny and Dani Gardner of Charleston, South Carolina, were the lucky recipients of both embryos.

When Mary and Randy Johnson went to the fetal center that the Gardners went to, they were able to meet the Gardners. It was discovered that there were many similarities between the two couples.

As a result, the Johnsons were delighted to “gift” their two embryos to the people they had just met for the first time. 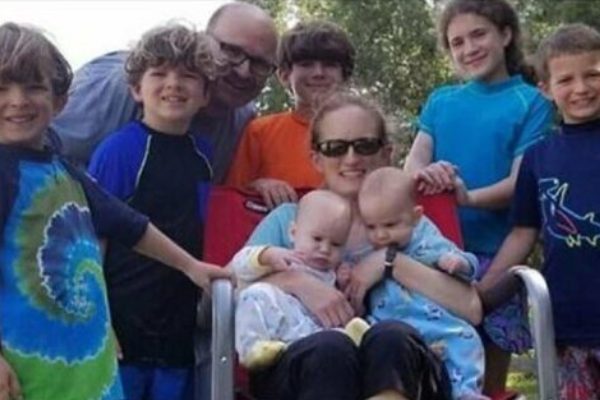 Matthew and James Gardner were born to Jenny Gardner in November of 2017, when she gave birth to twins.

Amy and Robert Hefner, a young couple from Millington, Tennessee, were the recipients of two additional embryos. Like Amy and Robert, they had been trying for many years without success to start a family of their own.

The Hefners were finally able to fulfill their dream of starting a family after meeting the Johnsons and then undergoing IVF treatment.

Eliana and Elisa were welcomed into the world on June 11, 2018, exactly 15 years after their older brothers Alex and Kurt were brought into the world.

Because of this, the three families stay in regular communication with one another and share updates about their children.